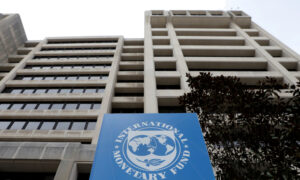 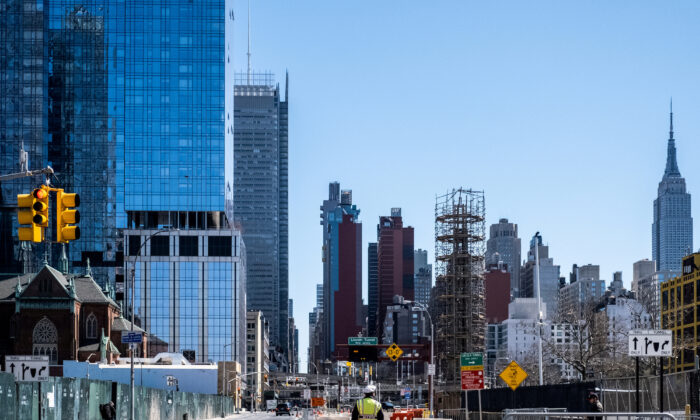 An empty street is seen near the Lincoln tunnel in Manhattan following the outbreak COVID-19, in New York City, on March 15, 2020. (Reuters/Jeenah Moon/File Photo)
WORLD

The CCP virus pandemic is causing wider and deeper damage to economic activity than experts initially predicted, according to the International Monetary Fund, which slashed its 2020 and 2021 global output forecasts further.

“The COVID-19 pandemic has had a more negative impact on activity in the first half of 2020 than anticipated, and the recovery is projected to be more gradual than previously forecast,” the IMF said in its revised economic outlook, released June 24.

The international agency in April predicted global growth to fall by 3 percent this year, basing its forecast on data available as widespread business lockdowns were just getting into full swing. With more data available as to the economic impact of policies meant to curb the spread of the virus, combined with stark unemployment figures and surging uncertainty about the future, the IMF now expects this year’s gross domestic product (GDP) to come in nearly 2 percent lower than previously expected.

“Global output is projected to decline by -4.9 percent in 2020, 1.9 percentage points below our April forecast, followed by a partial recovery, with growth at 5.4 percent in 2021,” wrote IMF Director of the Research Department, Gita Gopinath, in a blog post that accompanied the release of the revised economic outlook.

If the revised outlook materializes, it would leave global GDP in 2021 some 6.5 percentage points lower than in the pre-COVID-19 projections of January 2020.

Advanced economies have been particularly hard-hit, with U.S. output now expected to shrink 8.0 percent and the eurozone 10.2 percent in 2020, both more than 2 percentage points worse than the April forecast, the IMF said in the report (pdf).

Italy and Spain, two of the worst-hit countries in Europe, are expected to see a GDP drop in 2020 of 12.8 percent, the agency noted. Latin American economies, where infections are still rising, saw some of the largest downgrades, with Brazil’s economy now expected to shrink 9.1 percent and Mexico’s 10.5 percent and Argentina’s 9.9 percent in 2020.

While many economies have begun to reopen, the IMF said that the unique characteristics of lockdowns and social distancing have conspired to hit both investment and consumption.

“In most recessions, consumers dig into their savings or rely on social safety nets and family support to smooth spending, and consumption is affected relatively less than investment. But this time, consumption and services output have also dropped markedly,” the agency noted in the report.

Exacerbating the steep decline in economic activity was what the IMF described as “a catastrophic hit to the global labor market.”

According to the International Labour Organization, the global decline in work hours in the first quarter of 2020 compared to fourth quarter of 2019 was equivalent to the loss of 130 million full-time jobs.

The severe hit to labor markets was caused primarily by virus-related containment measures, the organization stated, adding that the impact on joblessness in the second quarter of 2020 is likely to be equivalent to a loss of 305 million full-time jobs.

The agency noted that the negative economic impact of the pandemic had the biggest negative impact on low-income households, adding that it threatens to wipe out “the significant progress made in reducing extreme poverty in the world since the 1990s.”

The IMF said that more policy actions from governments and central banks would be needed to support jobs and businesses to limit further damage and set the stage for recovery. It also said that a major new outbreak in 2021 could shrink the year’s growth to a barely perceptible 0.5 percent and urged action to build resilience against a subsequent virus surge.

“The global community must act now to avoid a repeat of this catastrophe by building global stockpiles of essential supplies and protective equipment, funding research and supporting public health systems, and putting in place effective modalities for delivering relief to the neediest,” the agency wrote in the report.