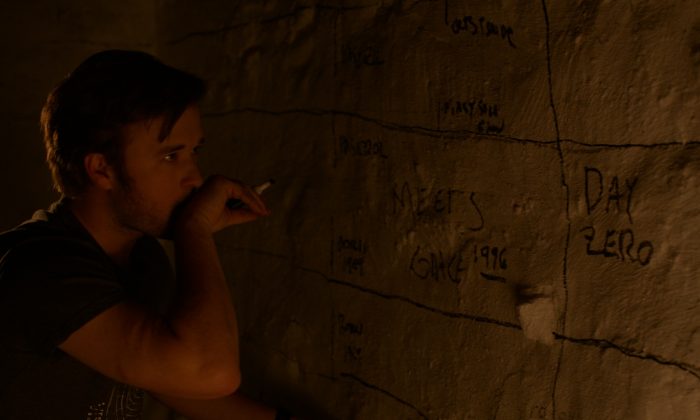 Erol (Haley Joel Osment) tries to figure out how to retrieve his father, who he believes disappeared in a time warp, in the film “I’ll Follow You Down.” (WellGo USA)
Entertainment

‘I’ll Follow You Down’: A Time Travel Search for Dad

As a family of academics, it is not surprising that Erol’s family is prone to depression and dysfunctional insecurities. At least they have a good reason.

While still a young boy, Erol’s father mysteriously vanishes while attending a theoretical physics conference. His absence continues to haunt Erol and his mother, but the son might be able to fix his broken family by reconstructing his father’s time travel research in Richie Mehta’s “I’ll Follow You Down.”

Gabe’s luggage remained in his Princeton hotel room, but no trace could be found of the Toronto scholar. His wife, Marika, never really recovered from the loss. Arguably, though, some good came out of the misfortune, from Erol’s perspective.

While his mother was away searching for his father, the young boy forged a deep bond with Grace, his childhood sweetheart. In fact, they are poised to get married after their undergrad studies, until his mother finally succumbs to her depression.

As he mourns his mother, Erol starts to reconsider his Grandpa Sal’s crazy claims. The good professor is convinced that Gabe developed a method of time travel, journeying through a wormhole to have a discussion with Einstein, presumably meeting with misadventure somewhere along the way.

However, it will take more than a garden-variety genius like Professor Gramps to replicate his work. Only an exceptional mind like Erol’s is equal to the task. The upside for his family will be profound if Erol can save his father, but what will happen to his relationship with Grace?

“Follow” definitely has its cerebral side, which is a good thing, but it is also unusually emotionally mature for science fiction.

Instead of speculating about the Butterfly Effect and how it might alter macro history and technology, Mehta focuses on how it could transform the family. As a result, it is not nearly as intricately constructed and gleefully mind-blowing as Nacho Vigalondo’s “Timecrimes” or Hugh Sullivan’s “The Infinite Man,” but its time-shifting business still holds together pretty well.

Haley Joel Osment from “The Sixth Sense” makes a convincing misfit genius. The genius part requires a bit more willful suspension of disbelief. He more or less keeps his head above water, but it is far certain whether “Follow” will herald a major career comeback.

Wisely, he is surrounded by a quality supporting cast with serious genre credibility. Victor Garber of “Alias” is on familiar turf as the decent mentoring grandfather, but he is still a reassuring presence. Rufus Sewell makes intelligence charismatic as the temporally misplaced Gabe, while Gillian Anderson of “The X-Files” is surprisingly compelling as miserable mother Marika.

Like “The Infinite Man” and Darren Paul Fisher’s “Frequencies,” “I’ll Follow You Down” is the sort of cleverly conceived science fiction that does not require extensive special effects. A dose of Einstein (not a character) beats an explosion any day.

Recommended with enthusiasm for time travel fans, “I’ll Follow You Down” opens Friday, June 6, at the AMC Jersey Gardens in Elizabeth, via Well Go USA.