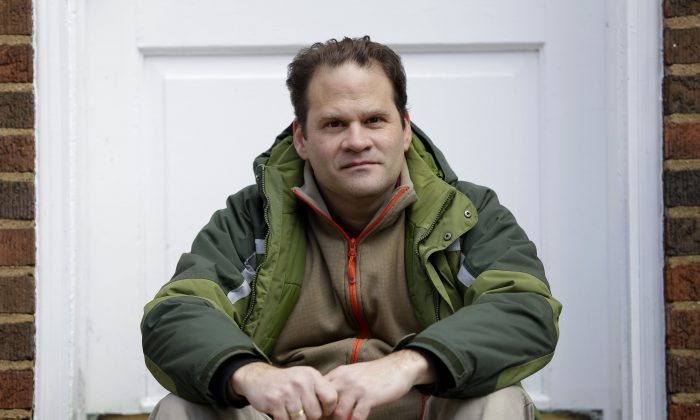 Chris Athineos poses for a picture in front of a building owned by his family in the Brooklyn borough of New York on Dec. 31, 2014. A looming debate in Albany could determine just how much the rent could go up for more than 2 million residents in New York City. (AP Photo/Seth Wenig)
New York

If Lawmakers Don’t Act, Rents Could Rise in NYC

ALBANY, N.Y.—Cynthia Chaffee’s Manhattan apartment would likely go for more than $5,000 a month if the landlord charged market price. But Chaffee pays thousands less thanks to the city’s long-standing rent stabilization rules—regulations that will expire this year if lawmakers don’t act.

The 63-year-old paid $300 a month when she moved into the one-bedroom space in 1978. To Chaffee, the rules governing how much she and more than 2 million other New York City residents pay in rent protect the city’s diversity and character.

Rent in New York has been a sensitive topic for more than a century.

The laws governing the rent paid by Chaffee and more than 2 million other New York City residents are due to expire June 15, and state lawmakers are preparing for what could be a bruising debate over whether to renew, strengthen or weaken them.

The complicated set of rules determines the size of rent increases for nearly 1 million apartments built before 1973. Supporters said they are critical to ensuring that New York City—a city of 2.2 million apartments—remains affordable to working-class and middle-class residents.

Landlords, however, chafe under rules that they said keep rent artificially low and force them to charge more for unregulated apartments and forgo improvements.

Brooklyn landlord Chris Athineos manages some rent-stabilized apartments that go for as little as $500 to $700 a month—units that would go for $1,500 or $2,000 if unregulated. He said the rules are unfair to landlords and tenants who are forced to subsidize the lower rents of regulated units.

“We all pay the same price for a loaf of bread or a gallon of milk at a particular market,” said Athineos, whose family business manages 140 apartments in nine properties. “Just because you’ve been going to that market longer doesn’t mean you get to pay less for the bread.”

With one of the highest costs of living in the country, rent in New York has been a sensitive topic for more than a century, even giving rise to Jimmy McMillan’s bid for governor on “The Rent is Too Damn High” ballot line in 2010.

Rent stabilization initiatives were created decades ago as a way to prevent longtime residents from being priced out of their neighborhoods. Similar programs are in place in Westchester, Nassau, and Rockland counties.

The renewal of the city’s rent laws poses a perennial dilemma for state lawmakers and leaders like Democratic Mayor Bill de Blasio, who has made housing and income inequality key priorities, and Democratic Gov. Andrew Cuomo, a former U.S. Housing and Urban Development secretary who has taken millions in political contributions from real estate interests.

The debate is likely to be one of the defining issues of the 2015 legislative session, which gets underway Wednesday. Democrats from New York City will try to protect and strengthen the rules; Republicans who lead the state Senate are expected to try to roll back the restrictions.

Assemblyman Richard Gottfried, a Manhattan Democrat first elected 44 years ago, said rent laws and tenant issues have always been one of the top two or three concerns raised by constituents. He said he’s preparing for a “major fight” this year.

“The rent laws, like the subway system, are a large part of what enables New York City to be what it is,” he said. “It wouldn’t be as economically integrated as it is. The rent laws are what enable a middle-class family or a working family to put down roots and remain in a rental apartment as their home.”

On the other side are groups like the Rent Stabilization Association, an organization representing landlords that believes the rules need to be relaxed. Frank Ricci, the group’s director of public affairs, said he hopes lawmakers build on reforms made in the last two decades, which made it easier for many apartments to become deregulated over time.

Ricci said many of the landlords represented by his group are small family businesses that have to deal with property taxes and maintenance costs that increase faster than rents.

“It’s eighth-grade algebra: If one side of the equation goes up, the other has to as well,” he said. “Something’s got to give, and the guy who has to figure out what gives is the guy who owns or manages the building.”