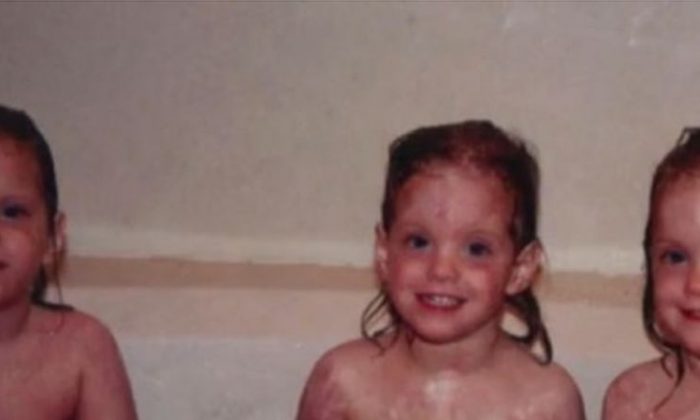 The Berns sisters were just 17 months old when they survived the fire that took their mother’s life.

The triplets were rescued by their father Scott on September 21, 1988. But he couldn’t make it to their mom and his wife Patti, as noted by IJReview.

Chandra, Trea Lynn, and Jordan Mae survived with third-degree burns that left them with scars covering almost a third of their bodies.

After that, many of their days were filled with surgeries, skin grafts, and physical therapy.

Investigators later found that the house fire was actually caused by arson, and believed that Scott was responsible. He went to trial but was later acquitted of all charges.

There were lots of stories about the ordeal, but the triplets’ maternal grandmother told ABC that she did her best to shield the girls from the news.

“We just didn’t talk about it. They’d already been through so much that I didn’t want them to have to face all that,” she said.

But the girls’ were reminded of their burns every day, both by the scars and by some cruel children.

“One girl, I remember she said, ‘you know, your last name suits you well,'” Jordan said. “Children can be very mean.”

The girls’ bond, though, helped them through the years.

“We were blessed to have each other growing up, where you know we could go through challenges together,” Jordan told Today. “I know other people don’t have that.”

Later in their life, the sisters were given laser treatments that smoothed out their scars.

After six treatments, the girls–now 28–are rid of most of the scars.

They’ve also inspired over 50,000 other burn victims to get the treatments.

Even better, Jordan is now preparing to get married–and will wear a dress that shows some skin, something she never thought would be possible.

“It’s a dress that I really never thought I would get to wear growing up with burns,” she said. Chandra is already married.

Ultimately, the girls love their lives, even their harrowing past.

“It’s shaped who we are today and it’s definitely made us stronger girls. And we’re kind of appreciative for what’s happened in our past,” said Trae.

“Of course, there are times where it has been painful but we’ve gotten through it and risen above adversity and it’s made us a lot stronger.”