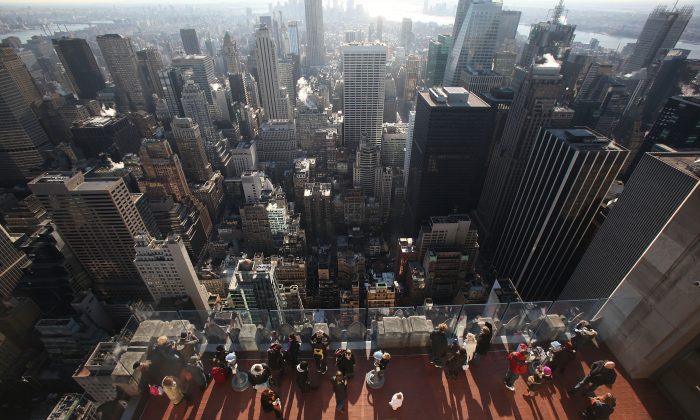 New Yorkers are cutting down their power bills with ice. For large buildings, one new solution to summer heat lies in freezing water at night, when power is cheaper and more efficiently produced, then using it to cool the building as it melts the next day.

Exorbitant power use has been affecting New York City every summer. On July 19, consumption reached an all-time high of 13,332 megawatts. Allan Drury, a spokesperson for energy provider ConEdison, said that burgeoning electrical demand is so costly that the company pays large customers to reduce usage in what is called “demand response.” Additionally, ConEdison charges commercial customers significantly more per kilowatt during peak hours, encouraging businesses to find ways to reduce their usage. These belong to a “variety of demand-reducing strategies,” Drury said.

Called IceBank or “thermal energy storage” by its producer Calmac, the innovation lessens stress on the power infrastructure since consumption during the critical peak hours (roughly between 4 and 5 PM, according to ConEdison) can be shifted to nighttime. Calmac CEO Mark MacCracken said that by using IceBank, buildings could reduce their power costs by up to 30%. Another benefit is environmental: when energy consumption is high, more power from polluting sources is required to meet demand, such as coal and gas. Conversely, wind turbines make the most electricity at night, when winds are strongest. Tapping into this resource when it is available reduces the use of fossil fuels.

With over 4000 installations in 37 nations and all 50 states, the New Jersey-based Calmac is a clear leader in the ice storage air conditioning industry. In New York City, 12 buildings make use of the system, including Rockefeller Center, the Bank of America Tower, Morgan-Stanley, and Goldman-Sachs. According to MacCracken, IceBank has all the capability demanded of conventional air conditioning, and does not cost more in new construction. So far, implementation of this system is not widespread due to lack of awareness. MacCracken believes that as the public becomes more conscious of energy-saving measures, IceBank will continue to grow in acceptance and popularity among large businesses.

However, because people in residential buildings need to keep their homes cool at night as well, the IceBank system is not feasible. Also, residential consumers are not subject to peak hour penalties and would find little financial benefit.

Demand reduction efforts aimed at commercial users saved about 400 megawatts, according to ConEdison. Since 2005, ConEdison has spent about $1 billion every summer in anticipation of demand spike. This year, $1.2 billion was invested in maintenance and new infrastructure, such as the replacement and procurement of new power cables. These added investments translate into higher prices per kilowatt, directly affecting consumers. Reducing peak consumption rates means more reliable and cheaper service all across the grid.