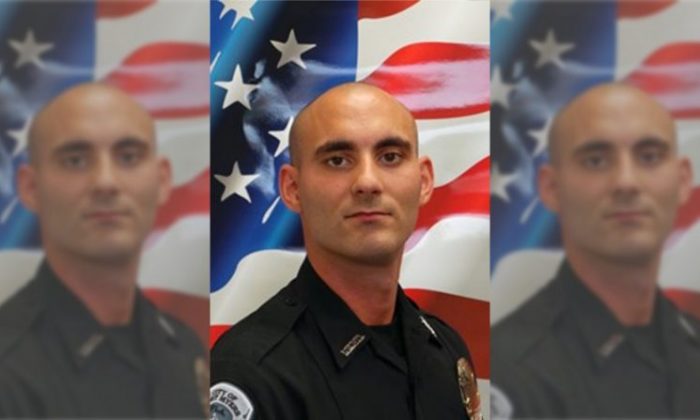 The U.S. Immigration and Customs Enforcement agency is seeking to deport a man who is accused of shooting a Florida police officer in the head.

ICE told Fox News that they filed an immigration detainer against Wisner Desmaret who holds Haitian citizenship. ICE can’t do anything until his case is completed at the local level and he serves his sentence, at which point ICE will seek to take him into custody.

“He’s not a citizen. But he came legally. He had a visa,” said Desmaret’s father who lives in Florida, according to Wink News.

The family came to the United States on a visa when Desmaret was 10 years old, the father said.

Desmaret was placed on an ICE hold in 2008, and again in 2010, but he was never deported. NBC2 found discrepancies in police reports on whether or not Desmaret is a citizen.

Desmaret was accused of shooting Fort Myers police officer Adam Jobbers-Miller after a reported altercation at a gas station. Jobbers-Miller arrived after a 911 call about an assault on a group of young men and the theft of a cell phone from a vehicle, according to a press conference from the Fort Myers Police Department.

Jobbers-Miller was shot while trying to arrest Desmaret after a foot chase. He is in critical but stable condition. Desmaret was then arrested when he went back to the gas station. He was also shot during the altercation but did the injury was not life-threatening, according to police at the press conference.

Witness Thomas Chilzer was talking with the gas station owner when Desmaret ran in carrying a gun.

“I say, you know, ‘hey buddy what’s going on, are you OK?’ cause I didn’t know if he was fighting with somebody on the outside, I didn’t know that the police was around you know,” Chilzer told Fox 4.

Desmaret is expected to be charged with at least eight felonies, including first degree murder which is punishable by life in prison, according to the press conference.