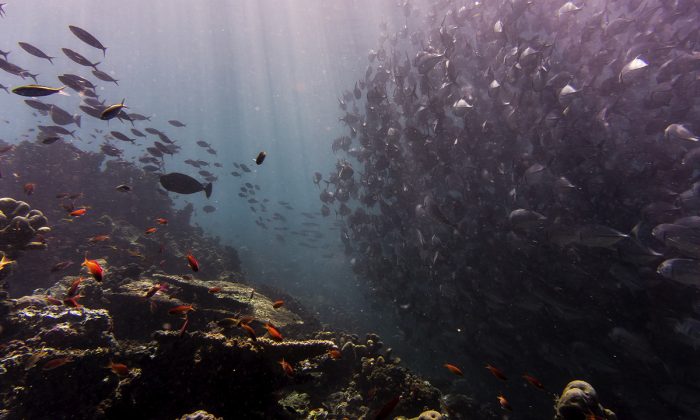 Husband and Wife Die During Dive in Lake Michigan

A married couple from Illinois died while scuba diving on Lake Michigan, officials said. Both were experienced divers.

The U.S. Coast Guard received a call on the afternoon of June 28 that a woman who had been scuba diving with her husband was unresponsive when she reemerged from approximately 300 feet underwater, reported Fox News.

The woman, later identified as Susan Winn, 53, had allegedly been in the water for about an hour and later died.

According to WISN12, she was part of a scuba group that also included her husband, the boat driver, and two other divers.

Executive Petty Officer Alexander Hill from the Milwaukee Coast Guard office told reporters: “They were doing CPR at the time, they pulled her on board the boat. We launched our 45-foot response boat from Milwaukee and a helicopter launched from the air facility in Waukegan.”

The husband, 53-year-old James Winn, whose body has yet to be recovered, is said to have had a submersible vehicle with him when the incident occurred.

Coast Guard Lt. Phillip Gurtler told reporters, “This person was diving which means they had a buoyancy suit on, which means they may not be floating on the surface but maybe a couple feet under the water at which point it is even harder to find.”

Police searched for James all of Friday evening and into Saturday morning until around 10:30 a.m. when the 237 square mile search was brought to a halt and authorities announced that James was presumed dead.

At least one Coast Guard boat, one helicopter, and three police units were utilized in the search for the missing husband.

Mom Teaches Kids How to Dive, but Her Second Child Has Other Hilarious Plans

The boat driver and the two other divers who were present on the boat at the time when the incident occurred weren’t harmed.

The Milwaukee County Sheriff’s Office is currently investigating the deaths of the Kildeer, Illinois couple, both of whom, were said by authorities to have been experienced divers.

Environmental issues. Open-water environments are said to change rapidly, and divers who are unprepared, out of practice or physically incapable of adapting to those changes can become victims.

Equipment problems. While said to be easier to prevent and to account for fewer casualties than the aforementioned factors, equipment problems can still prove fatal if left unchecked.