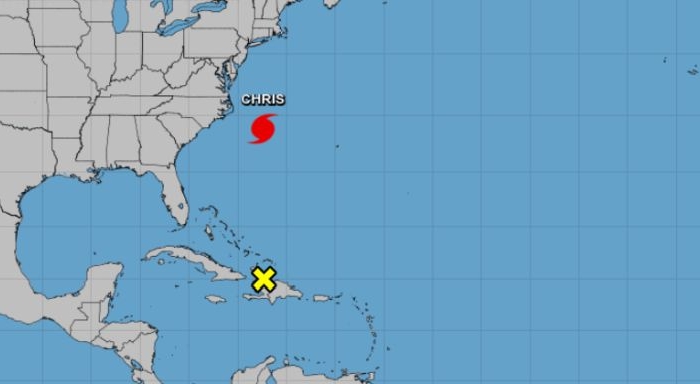 Hurricane Chris Forms, Moving Away from the US

The National Hurricane Center said that Hurricane Chris has finally turned into a Hurricane “while moving away from the United States.”

According to a public advisory at 11 p.m., the NHC said that Chris, a Category 2 hurricane, has maximum sustained winds of 105 mph and is moving northeast at 10 mph. It is currently located 245 miles east-southeast of the easternmost portion of North Carolina.

No coastal watches or warnings are in effect, but the agency said that “interests along the coast of North Carolina and in Atlantic Canada should monitor the progress of Hurricane Chris.” Meanwhile, “A continued northeastward motion accompanied by a steady increase in forward speed is expected through Thursday night,” the NHC noted.

Rough surf and dangerous rip currents will persist in impacting coastal areas of North Carolina and the mid-Atlantic states through much of this week.

Chris might make landfall as a post-tropical storm later in the week in southeastern Newfoundland, according to the Canadian Hurricane Centre.

Chris is the second hurricane of the 2018 Atlantic season. Beryl became a hurricane last week before weakening.

The remnants of Hurricane Beryl could regenerate into a tropical cyclone east of Florida in the next few days, according to U.S. forecasters. Heavy rains and winds are likely to occur over the Dominican Republic, Haiti, and the Bahamas.