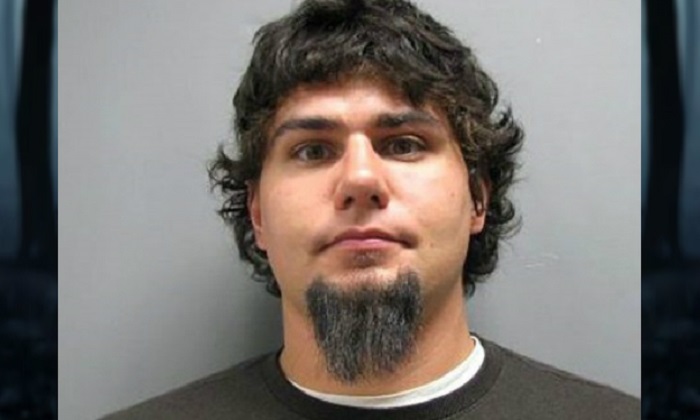 Thomas Jadlowski has been charged over the fatal shooting of a neighbor while hunting after dark. (Chautauqua County Sheriff's Office)
US

A man has been charged with manslaughter over the shooting death of a woman out walking her dogs the day before Thanksgiving in New York state.

Charges were laid on Nov. 30 against Thomas Jadlowski for shooting 43-year-old Rose Billquist who he mistakenly thought was a deer.

Jadlowski now faces up to 15 years in prison.

The shooting occurred at night in a field behind the woman’s residence in the town of Sherman, New York. After Jadlowski realized what occurred, he called 911 and applied direct pressure to Billquist’s wound until the paramedics arrived.

Jadlowski – who was using a high-powered hunting handgun – did not have permission to hunt on the property. He was also hunting 40 minutes after sunset, which is illegal in the state.

“Today, Mr. Jadlowski is being held accountable for his dangerous and reckless conduct when he shot his neighbor in the dark,” Department of Environmental Conservation Commissioner Basil Seggos said, reported the New York Daily News.

Police have charged Jadlowski with second-degree manslaughter and with hunting after hours.

Chautauqua County District Attorney Patrick Swanson said that what occurred was completely avoidable. “This incident is a tragic reminder of the importance that hunting laws be followed,” Swanson said reported NYDN.

“Like the rest of Chautauqua County, the Town of Sherman has many responsible hunters,” he said. “Having grown up in Sherman myself, I know of many families where hunting is a family affair. Responsible hunting is paramount to the safety of anyone enjoying the outdoors.”

During a press conference, Swanson said he knew Billquist who was at a few years ahead of him at the same high school. The district attorney said he also knew Jadlowski but told reporters that he would not recuse himself from the investigation into the shooting death.

“In big game hunting you can hunt from sunrise to sunset. Those are specific times you can find on the weather app or in the local newspaper … so when you talk about sunrise, sunset times, they are specific,” Lauricella said, reported NYDN.

Sherman, N.Y. is still suffering from the shooting death of a woman, Rose Jafarjian Billquist, who was mistaken for a deer. Tonight her husband speaks with me at 5 @WGRZ Channel 2 pic.twitter.com/mzh3oW81rl

Hunters should always be cautious, he said. “Once a bullet projectile or pellets leave the barrel, you cannot call them back. It’s very important to know your target, know what’s behind it … keeping your finger off the trigger until you are ready to fire.”

The town of Sherman has some 1,600 residents and Billquist was well-known by the local community. She was married but had no children. She was a hospital worker, hospice volunteer, and marathoner. Her funeral was held on Nov. 29.

With reporting by Chris Jasurek.