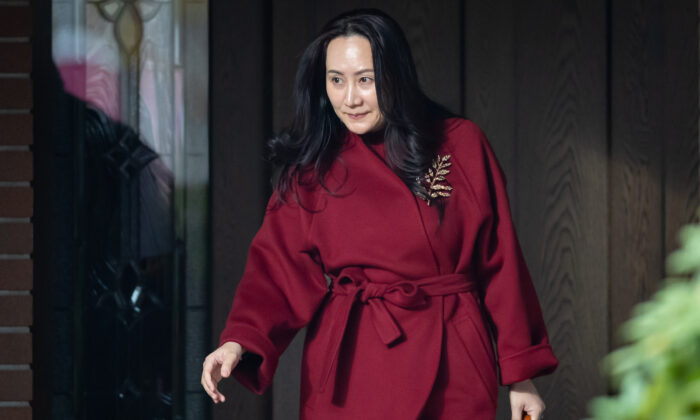 The defence lawyer for Huawei’s CFO grilled a Canada Border Services Agency (CBSA) officer for evidence to throw out the request for Meng Wanzhou’s extradition to the United States.

Mona Duckett, the defence lawyer for Meng, cross-examined CBSA officer Sanjit Dhillon during the Nov. 17 evidentiary hearing at the B.C. Supreme Court. Duckett said Canadian and United States authorities used the CBSA to question Meng without informing her that she was charged with bank fraud.

Duckett criticised Dhillon for insisting on questioning Meng at the Vancouver airport in December 2018 on basis of security concerns, reported CBC News.

“You had live national security concerns you say at the time that prevented you from immediately deferring and watching Ms. Meng go out in handcuffs with the RCMP?” Duckett asked.

“You were afraid she was going to commit some espionage in the detention centre?” Duckett asked.

According to court documents (pdf), the U.S. government alleged that Meng had misled multiple financial institutions to provide services to Huawei Technologies Co. Ltd., which would lead the banks to violate U.S. sanctions on Iran. On this basis, the United States requested the Canadian government to arrest and extradite Meng to stand trial in an American court.

Her lawyers, however, are preparing for an argument that Canadian officials were gathering evidence against Meng under the guise of a routine border exam, which constitutes an “abuse-of-process,” aiming to throw out the U.S. extradition request.

The defence said the RCMP planned to board the plane to arrest Meng immediately, but the CBSA somehow intervened and took her for questioning before she was arrested.

Dhillon said he would not have allowed the RCMP to immediately execute the provisional arrest warrant in the case because there were outstanding national security and criminality concerns about Meng.

“Do you have the ability to defer an examination once a person has been identified?” Duckett asked.

“I suggest that there is no reason that this examination could not have been deferred immediately so that Ms. Meng could be arrested on the provisional arrest warrant,” Duckett said.

“We hadn’t even started the examination. There’s a national security concern. I wouldn’t authorize that and I wouldn’t direct anyone to do that,” Dhillon said.

“We once again urge the Canadian side to meet China halfway, take measures to correct mistakes, immediately and properly resolve the Meng Wanzhou incident and make concrete efforts to bring China-Canada relations back on the right track,” said spokesperson Zhao Lijian.