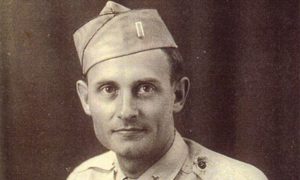 Leaving It All on the Field: Selfless Service in Building Your Team
0
Share Now
TelegramFacebookTweetEmailTellMeWeReddit
Copy Link 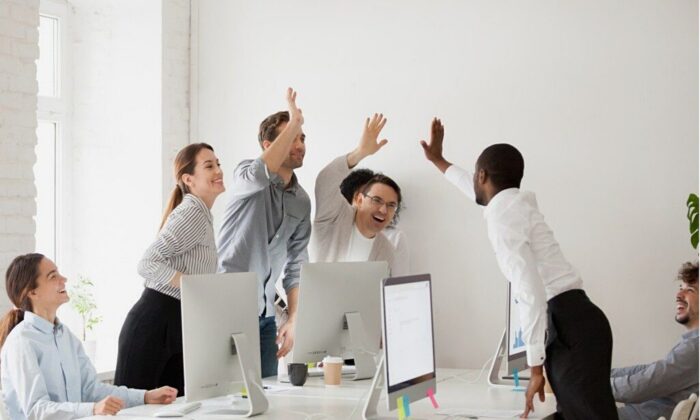 A team meeting is seen in this stock photo. (Pixabay)
Business Columnists

How to Build a Winning Team

I’ve said before that success at my company, Asset Living, is a direct result of our ability to do a number of things well. We’re great at problem solving, we value diverse voices, and we work hard day-in and day-out. Finally, and perhaps most importantly, we know how to build an amazing team that will enable us to continue to succeed well into the future.

Building a team within any organization—whether you’re a third-party property-management company or an NBA-champion team like the Chicago Bulls—is an art.

But there’s also a science to team building, a methodology that ensures that only the right people are brought onto the team in the first place. In baseball, for example, Oakland A’s General Manager Billy Beane used a system now known as “moneyball” to analyze prospects beyond more traditionally valued statistics like batting average and runs batted in. By placing a premium on undervalued stats like on-base percentage, Beane could acquire players that were overlooked by clubs with more cash, allowing him to build a roster of players who could help the A’s beat more powerful clubs—and at a fraction of the payroll cost.

Related: 5 Things I Wish I Knew When I Was Starting My Career

At Asset Living, we’re not looking for pitchers or outfielders, but we are looking for A players, nonetheless. We know that A players are top performers who attract other top performers, and we know that the presence of even a handful of B players will cause the top performers to leave. To build our team at Asset, we use a process called Topgrading that was developed by Brad Smart, a management consultant who helped General Electric with its hiring practices in the 1980s and 90s.

According to Topgrading, the estimated cost of a bad hire—which includes resources allocated toward recruiting, training, client dissatisfaction, employee dissatisfaction, etc.—can range from five to 27 times the amount of the person’s actual salary. Meanwhile, there’s no quicker way to ruin a company’s culture than by allowing the wrong people to slip in through the hiring process.

At its core, Topgrading believes that it’s better to have a position open and empty than it is to have the wrong person in that position. This idea runs contrary to popular management beliefs that say you should fill positions quickly in order to avoid overworking current team members.

So how do you ensure that you’re only adding A players to your team?

Use Referrals to Your Advantage

The first step actually begins before you ever invite anyone in for an interview. Ask current A players in the organization, and A players in our networks, if they have any referrals. Topgrading heavily prefers candidates that come in via the referral process because these candidates have a much higher success rate within organizations.

There are two reasons for this. First, an A player wouldn’t risk tarnishing his or her personal brand by making a bad recommendation, nor would he or she put himself or herself in a position to have to pick up the slack for a referral who turns out to be a B or C player. Second, A players who are already in the organization have a full understanding of what will be expected of the candidate once in the position—even more than recruiters—and can recommend candidates accordingly.

Related: 5 Ways to Be a Strong Leader

Implement Scorecards in Your Recruitment Process

Once you are ready to begin interviews, use a scorecard that’s similar to a job description, but more in-depth. At this step, it’s very important to not just find great people, but to find great people who are a perfect fit for the specific role you’re trying to fill. Creating a scorecard helps you to remember the specific skillsets you’re looking for and to ask about them during the interview process. Remember: Even though Nolan Ryan is an A+ pitcher, if you’re hiring a right fielder, Nolan Ryan is not the A+ player you need on your team.

Search for Talent and Fit, but Don’t Overlook Candidates’ Values and Ideals

Here, you learn about the candidate’s history, going as far back as he or she is willing to, and moving forward, in chronological order, to the present day. The goal is to ask a set of questions that provides insight into the candidate’s past experiences and how that might translate to the work he or she will be doing in the new role.

For example, if you want someone to be a leader within the company, look for candidates who were the president of their high school class, or a captain on their sports teams. Ultimately, you know you won’t have to teach that person leadership because he or she is already a leader. The last step is a fit interview, during which we assess whether the candidate’s values and ideals align with ours.

I’m a huge fan of Topgrading, and there’s no way I could speak to all of its benefits, or the results we’ve seen at Asset Living while using it. However, even if you’re not interested in Topgrading, I encourage you to develop your own unique hiring process that goes beyond basic skills-matching. It’s important that you learn to differentiate the A players during the hiring process so that you can avoid hiring the B and C players. Your organization’s success depends on it.

Related: 6 Patterns That Stop You From Achieving Long-Term Success