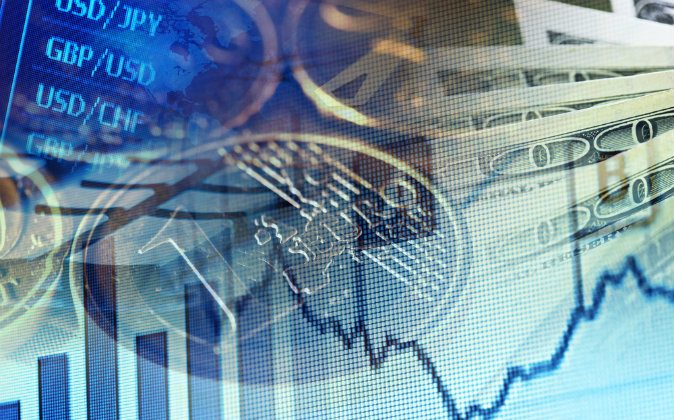 In a review of Diane Coyle’s GDP: A Brief but Affectionate History, aptly titled “Measuring the Unmeasurable,” James Grant highlights many of the difficulties involved in aggregate statistical attempts to measure economic activity. Grant summarizes critical problems in one succinct sentence, “Imagine deciding which nation produces what in a global supply chain. Or correcting price for quality improvements. The mind boggles.”[1]

And well the mind should boggle. Even worse than the measurement problems associated with GDP is the potential for misuse as in the most recent, but not the only, failed attempts to manage the economy with stimulus and other wrong-headed monetary and fiscal policies. An early opponent of statistical measurements of economic performance, as noted by Grant, was Sir John Cowperthwaite, Britain’s longtime financial secretary of Hong Kong whose introduction of free market economic policies are widely credited with turning postwar Hong Kong into a thriving global financial center. Grant points out that Cowperthwaite:

batted away attempts to compile the Crown colony’s gross output on the grounds that the resulting figures would be untrustworthy and that their very existence would constitute a standing temptation for the government to “manage” an economy that seemed to be doing quite well on its own.

Despite recognizing the many (insurmountable?) problems with the accuracy of national income and product accounts, Ms. Coyle takes the other side. She “joins the Commerce Department in celebrating her pet datum as ‘one of the greatest inventions of the twentieth century.’” What is Coyle’s justification for this positive assessment of GDP? Grant answers, “GDP may or may not measure human happiness, but it does measure growth, she says, and on the rate of growth in output no small part of human satisfaction depends. Grant adds, “The unspoken corollary is that, if growth falls short of some politically desired minimum, it’s incumbent on government to spend money and/or to print it.”

Ms. Coyle’s defense of GDP is unconvincing to Mr. Grant as he expects it will be to discerning readers. Grant draws the following insight from the book:

Though it was evidently not Ms. Coyle’s intention, I read her book as a brief for “positive non-intervention,” the Cowperthwaitian approach to macroeconomic management. If one really can’t measure economic activity, perhaps it’s better not to meddle in it.

The task of re-establishing an intellectual framework where a policy of “positive non-intervention,” best represented by Rothbard’s don’t do list, is daunting. Richard Ebeling summarizes:

In an age still very much, if not increasingly, dominated by what Hayek called “scientism” — the misplaced attempt to confine and conform the human sciences within the straightjacket of the presumed methods of the natural sciences — it is unlikely that any critique of quantitative tools such as GDP (no matter how devastating) will reduce their use and “worship” by our statist planners and regulators.[2]

This task of critiquing quantitative tools, while daunting, should nonetheless be diligently continued.

According to Rothbard, “It is certainly legitimate and often useful to consider net incomes and net savings, but not always illuminating, and its use has been extremely misleading in present-day economics.” Consumption spending is overemphasized and investment and saving is dwarfed relative to their overall importance in maintaining and expanding the structure of production.

From a Hayekian perspective, investment as measured by product and income accounts, greatly understates the role of capital or future-oriented expenditures in the economy.[3] Hayek raised the point in his criticism of Foster and Catchings’s misguided underconsumption approach to fluctuations.[4] Expenditures on “raw materials, semi-finished products and other means of production” greatly exceed the value of consumption goods that are simultaneously offered in the markets for consumption goods. Skousen provides an excellent summary. Skousen recommends a measure of Gross Domestic Expenditures to get a more realistic picture of the importance of business spending (future-oriented) in total current economic activity. Whereas consumption appears to be approximately 70 percent of the economy based on GDP, measures of economic activity more in line with a capital structure view of the economy drop this number closer to 30 percent.[5] More capital-structure friendly measures of economic activity, Gross Domestic Expenditure (GDE) or the new Gross Output (GO), for the US, are more than twice the size of GDP and more volatile, and thus a better indicator of business cycle activity.[6]

In addition to the distortion-caused under emphasis of savings and investment and the overemphasis of consumption and all the follies this encompasses, Robert Higgs highlights distortions introduced by inclusion of government expenditure including but not limited to the bias toward positive Keynesian fiscal multipliers. He summarizes:

Until World War II and the postwar years, when the federal bureaucracy institutionalized the government’s preferred method for calculating national income, economists offered sound arguments for excluding government spending from estimates of gross domestic product. Using their general approach reveals that the private economy’s performance for the past thirteen years has been only somewhat better than complete stagnation.

Policy hubris, the “state’s animal spirits” or urge to meddle, as feared by Cowperthwaite is supported by and often driven by blind allegiance to national income and product account data. Pierre Lemieux’s Somebody in Charge: A Solution to Recessions? establishes just how dangerous to prosperity and liberty this meddling actually is:

The causes of and legacy of the economic crisis of 2007-2009 reveal a deeper underlying crisis, which is a crisis of authority. The political authorities have been unable to control growth of state power, which, during most of the twentieth century, has undermined the rule of law, individual liberty, and in its recent flare, the prosperity to which we have become accustomed. … Not only have these authorities, the “somebody in charge,” created the conditions for the recent recession, but they have also made a mess in trying to solve it and laid the foundation for a much worse crisis in the future. To add insult to injury, they have been trying to make us believe that somebody else — “laissez-faire” … — was responsible for their failure.

Greater recognition of the flaws in GDP is a useful small step in building a consensus on the essential role “positive non-intervention” policy in generating a free and prosperous commonwealth.

John P. Cochran is emeritus dean of the Business School and emeritus professor of economics at Metropolitan State University of Denver and coauthor with Fred R. Glahe of The Hayek-Keynes Debate: Lessons for Current Business Cycle Research. He is also a senior scholar for the Mises Institute and serves on the editorial board of theQuarterly Journal of Austrian Economics. Send him mail. See John P. Cochran’s article archives.

Republished under Creative Commons license 3.0. Read the original on Mises.org.

Note: The views expressed in Daily Articles on Mises.org are not necessarily those of the Mises Institute.

You can subscribe to future articles by John P. Cochran via this RSS feed.

[2] A special thanks to Richard for permission to quote

[5] The Structure of Production with a New Introduction. pp. xi–xxxix.

*Concept image of finance via Shutterstock