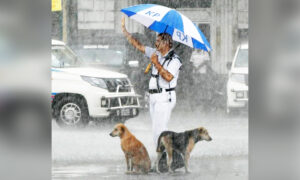 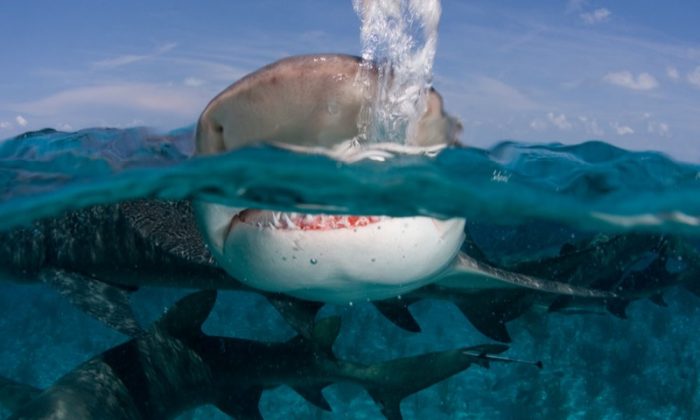 The plan to use baited traps to catch and kill sharks off the coast of Western Australia caused considerable controversy when it was announced last year, with critics calling the shark cull ineffective, inhumane, and irresponsible.

Now the Western Australian state government has published a review of the trial cull between January and April of this year, and has recommended that it continue until 2017. While the review seeks to address concerns and to allay any misconceptions, it fundamentally supports the continual culling of sharks with no scientific justification. The report states:

there is conjecture about the reasons for recent increases in shark attacks in Western Australian water [and] there is currently insufficient evidence to clearly establish a cause.

Where then without scientific evidence is the justification to continue culling several shark species, including bull, tiger and great white sharks?

The increased spate of shark attacks in the past ten years is cause for concern for the tourism industry. The report argues that the programme aims to enhance public safety by capturing potentially dangerous sharks that come close to popular beaches and surfing spots during summer.

The cull still fails to address the matter of shark species, in particular the great white, which is listed as vulnerable by the International Union for Conservation of Nature.

The justification for continuing the culling using drum lines – baited hooks attached to floating, anchored barrels – is questionable. The report provides information on a “comprehensive risk assessment” which concluded that the programme posed “negligible risk to the target species, non-target species of marine fauna and the broader ecosystem.”

Sharks are essential apex predators, ultimately helping to regulate and maintain the balance of marine ecosystems. While they have been mislabelled as ferocious killers, of the 172 sharks caught none were great whites. This seems to be an expensive and unscientific failure, as the report discloses that in the 20 attacks in Western Australia of the past 100 years, great whites have been responsible for 11

It was also thought that the government was aware that numbers of great whites at the time of the project were lower than at other times of the year. The report quotes evidence showing that bull sharks and tiger sharks are responsible for most shark attacks around the world and that the number of unprovoked attacks is rising.

Where is the evidence directly related to the Western Australian coasts to back up these statements?

Alarmingly, the report shows consultation meetings were held without including environment groups, due to their position being “already known”. One wonders how there could ever have been a fair and balanced debate if some viewpoints were ignored.

The report recommends that trapping and culling recommence in mid-November each year over the period of 2014-2017, in an attempt to capturing large great whites – even though it states that “perhaps the most prevalent criticism of the programme is that it is not based on science”. Indeed, most of the scientific references used to support the report’s conclusions regarding catching sharks with drum lines and impact on by-catch are too outdated to support any conclusions. More quality research data is required for this, yet the trial has produced little if any.

The drum lines have also resulted in casualties beyond just sharks, ensnaring seven rays and one northwest blowfish, but fortunately no turtles, dolphins or whales.

The inadequacies in many areas of the report display an inability to recognise the threat we are creating for these vulnerable species at the expense of humans having a “good, shark free holiday” on the beaches of Western Australia. There was a positive note in the review that provides a comprehensive suite of shark hazard mitigation strategies for the future. These include commitments for more research into shark behaviour, shark deterrents and detection, acoustic tagging, aerial patrols, equipment for Surf Life Saving WA, a beach enclosure, beach watchtowers and community awareness initiatives.

Shark hazard mitigation is a complex issue. No clear cause has been established for the increase in attacks – seven deaths in three years between 2010 and 2013. The simplest would be to leave the sharks alone. Humans, if they don’t want to take the risk, shouldn’t go in the water.

Nicholas Ray does not work for, consult to, own shares in or receive funding from any company or organisation that would benefit from this article, and has no relevant affiliations. This article was originally published on The Conversation. Read the original article.