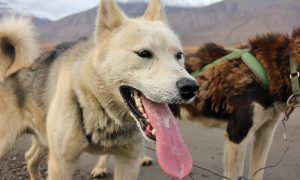 What's It Like Driving Your Own Team of Husky Dogs in the Arctic of Norway?
0
Share Now
TelegramFacebookTweetEmailTellMeWeReddit
Copy Link 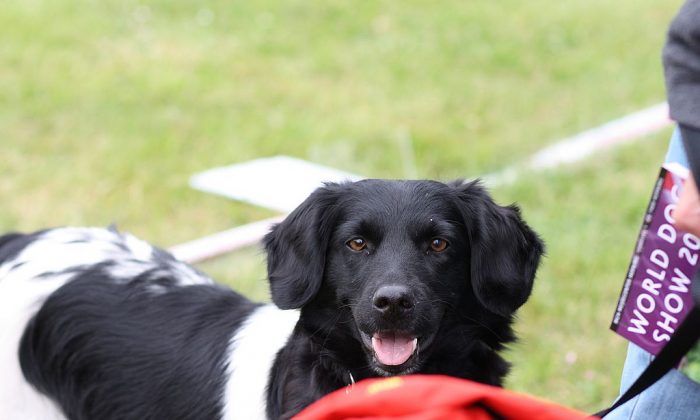 "Dogs are obviously highly social animals," Gregory Berns says, "so it makes sense that they would respond to faces. We wanted to know whether that response is learned or innate." (mjk23/CC BY 2.0)
Animals

How Dogs Know a Face When They See One

Dogs have a natural ability to process faces, a small study that put dogs in an fMRI machine shows.

The discovery that dogs have neural machinery dedicated to face processing suggests the ability is hard-wired through cognitive evolution, and may help explain dogs’ extreme sensitivity to human social cues.

“Our findings show that dogs have an innate way to process faces in their brains, a quality that has previously only been well-documented in humans and other primates,” says Gregory Berns, a neuroscientist at Emory University.

Berns heads up the Dog Project in Emory’s psychology department, which researches evolutionary questions surrounding man’s best, and oldest, friend. The project was the first to train dogs to voluntarily enter a functional magnetic resonance imaging (fMRI) scanner and remain motionless during scanning, without restraint or sedation.

For the current study, published in PeerJ, researchers focused on how dogs respond to faces versus everyday objects. “Dogs are obviously highly social animals,” Berns says, “so it makes sense that they would respond to faces. We wanted to know whether that response is learned or innate.”

The study involved dogs viewing both static images and video images on a screen while undergoing fMRI. It was a particularly challenging experiment since dogs do not normally interact with two-dimensional images, and they had to undergo training to learn to pay attention to the screen.

A limitation of the study was the small sample size: Only six of the eight dogs enrolled in the study were able to hold a gaze for at least 30 seconds on each of the images to meet the experimental criteria.

The results were clear, however, for the six subjects able to complete the experiment. A region in their temporal lobe responded significantly more to movies of human faces than to movies of everyday objects. This same region responded similarly to still images of human faces and dog faces, yet significantly more to both human and dog faces than to images of everyday objects.

Related Coverage
Do You Sleep With Your Dog?

What’s It Like Driving Your Own Team of Husky Dogs in the Arctic of Norway?

If the dogs’ response to faces was learned—by associating a human face with food, for example—you would expect to see a response in the reward system of their brains, but that was not the case, Berns says.

“That study identified only a few face-selective cells and not an entire region of the cortex,” says Daniel Dilks, assistant professor of psychology and the first author of the current dog study.

The researchers have dubbed the canine face-processing region they identified the dog face area, or DFA.

Humans have at least three face processing regions in the brain, including the fusiform face area, or FFA, which is associated with distinguishing faces from other objects. “We can predict what parts of your brain are going to be activated when you’re looking at faces,” Dilks says. “This is incredibly reliable across people.”

One hypothesis is that distinguishing faces is important for any social creature.

“Dogs have been cohabitating with humans for longer than any other animal,” Dilks says. “They are incredibly social, not just with other members of their pack, but across species.