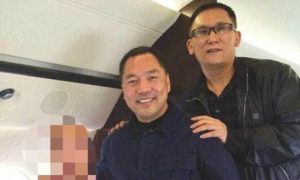 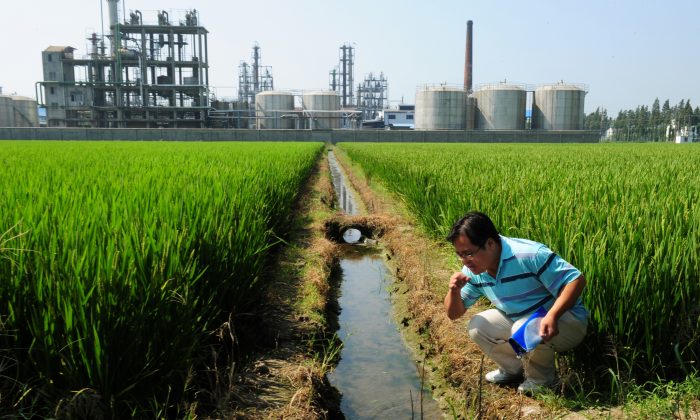 Chinese environmental activist Wu Lihong checks the water quality in an irrigation channel outside a chemical factory beside a rice paddy and on the edge of Taihu Lake in Yixing in Jiangsu Province on September 14, 2011. (MARK RALSTON/AFP/Getty Images)
China

At the trial of a former county-level official working for China’s environmental authorities, the defendant broke down crying as he confessed the extent of the crimes he committed in office. The scene was witnessed by other officials who viewed the videotaped court session as part of a case study organized by the municipal procuratorate.

During more than a decade of service, Zhang Ruhua, a former soldier and a Communist Party member of Huai’an County in the eastern Chinese province of Jiangsu, took bribes in exchange for giving away positions at the environmental bureau. Zhang’s actions had facilitated corruption in multiple counties and districts, Chinese media Tencent News claimed in an April 22 report.

According to Tencent, Zhang accepted any and all bribes. He promoted one of his staff, Hu Aiju, to become director of the municipal solid waste recycling office in Huai’an, after receiving a gift of 50,000 yuan (about $8,000), 2,000 euros, and a gold bar weighing 100 grams. Another subordinate, Liu Haoyue, became director of the environmental assessment office after offering Zhang a 75,000-yuan bribe. Gao Xiang, director of an environmental science institute, received his position for 92,000 yuan.

Tyrant of the Water Works Taken Down in China

The three worked together as accomplices, writing, assessing, and examining environmental reports in favor of companies that enlisted their services for a total of 830,000 yuan (about $134,000).

Another environmental assessment center director, Liu Bin, colluded with Zhang Ruhua to create false reports. He had received 92,000 yuan in bribes for his deeds.

Apart from Zhang, 30 other officials in Huai’an County’s environmental bureau have have placed under state investigation for corruption since 2014. Of these, 22 have been punished, with 9 being charged with bribery.

The number includes Wang Guixin, who paid Zhang 100,000 yuan for his position as head of the Huai’an municipal environmental inspection office.

Using his power, Wang Guixin landed his daughter a job at a local spice manufacturer listed as a heavy polluter. Wang’s daughter did not do any work in her profession, but nevertheless received 200,000 yuan in two years in exchange for her father’s turning a blind eye to the plant’s pollution rates.