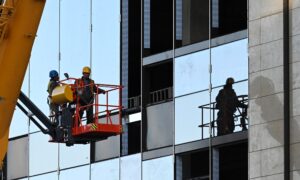 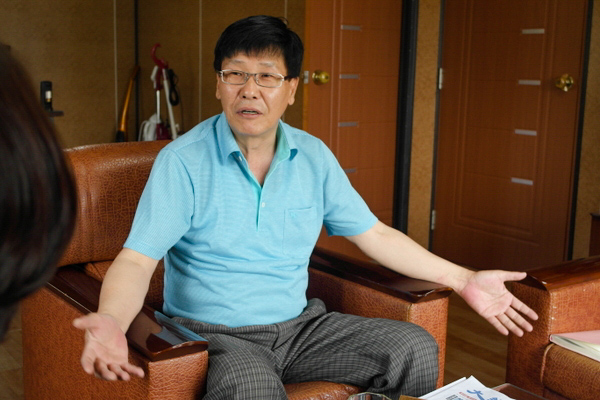 Kim Kwang-nam, who lost US$6.8 million attempting to build businesses in China, gestures as he tells his story. (Epoch Times)
Asia & Pacific

How a South Korean Businessman Lost Over US$6.8 Million Investing in China

SEOUL—After years of attempting to set up profitable business projects in China and losing more than 7 billion won (US$6.8 million), Korean entrepreneur and inventor of WELVA vacuum cleaner, Kim Kwang-Nam, called it quits and declared his indefinite withdrawal from the Chinese market.

“The potential of the Chinese market may be enormous, but the social institutions and morals of the people there stopped me in my tracks,” Kim told the Epoch Times.

The former chairman of the Bucheon City Manufacturers’ Association in Korea said that his experience in China has now made him familiar with the challenging conditions that most small and medium-sized Korean enterprises now face in China.

Kim spent several years in China investing his time and money in inventing new products. However, whenever he was ready to introduce his products into the market, he was always surprised by the bureaucratic hurdles he faced.

“For example, it normally takes about 40 days for a product to receive patent approval and permission to produce a new product, but in China, the same process takes a minimum of eight months,” he said.

Aside from such costly delays, Kim also spoke of his trust issues with many Chinese businessmen.

“Recently, some clients in Zhengzhou city wanted to do business with me, and they asked me to travel to Zhengzhou to meet them,” Kim said. “When I arrived, they asked me to treat them to a meal. Upon arriving at the restaurant, I saw about 30 people already waiting there for me. Then, after we started eating, they began asking me to treat them to wine and drinks as well. At that point I angrily exclaimed that they were swindlers, and immediately booked a flight back to Korea. How can I trust these people and do business with them?”

His first investment failure took place when he tried to sell a healing machine in the cities of Shanghai, Qingdao, Daqing, Harbin, and Qiqihar. The machine, invented by him, uses electric currents to remove plaque from blood vessels.

“I offered free medical examinations and treatments, with each treatment on the machine lasting an hour. Some of the elderly customers who could barely walk at the beginning of the treatments, were able to walk normally again in just two weeks,” Kim said.

“I gave all my customers about three months of free treatments each, and many of them were healed through the treatments. In Korea, most people would have purchased the machines after personally experiencing their benefits. But in China, even after spending a year giving free treatments, nobody bought even one machine,” Kim said.

”My second failure took place five years ago. I invented a smart vacuum cleaner and entrusted its production to a factory in Yongkang, Zhejiang Province. The product was very popular, selling around 1400 pieces every day in South Korea, and a lot as well in China. But the Chinese factory then started to create problems for me, in an attempt to push me out of the picture and sell the product on their own. For example, when I ordered 1000 units from them, they would only give me 900, telling me that production costs had gone up. Their goal was to get me to quit.”

“Once, a car manufacturer in Changchun ordered a shipment of products from me, and even paid the required deposit for it. However, as soon as they had figured out who the product’s manufacturer was, they contacted the factory directly and placed their order with them, then requested that I refund their deposit.”

“Seeing the lack of credibility in these people, I finally decided to quit the Chinese market,” said Kim. But by then he had no way of taking back all the capital and technology that he had already poured into China. “At that time I was on the verge of a business deal to manufacture 20,000 vacuums for the Daewoo Shipbuilding & Marine Engineering Co., Ltd (DSME) in South Korea, but because of these same reasons, the deal had to be forfeited.”

“China’s technology for manufacturing heavy cranes lags behind that of South Korea’s. A few years ago, a South Korean crane manufacturer tried to enter China and entrusted its crane-building technologies to several factories in Yantai, Shandong province. These factories later forced the Korean company out of business, which led to its bankruptcy. After the Chinese factories had obtained the Korean firm’s technology, they copied the firm’s designs and took over the Chinese market. Furthermore, although Korean firms were already selling their cranes very cheaply in China, they could not compete with their Chinese counterparts, because they had the assistance of local governments who were secretly controlling the market.”

”Actually, many Chinese like Korean products, and try to avoid the Chinese counterfeit versions of these same products, which is why many Chinese buy products in Korea to bring back with them to China. But despite such a situation, the risks a South Korean firm face in investing in a factory in China are simply too high.”

“After losing all of their life savings in China, there are many South Korean investors who feel too ashamed to return to Korea, and so they chose to remain in China illegally. There are now many Korean investors illegally overstaying in Qingdao and Shenzhen. If I had chosen to continue staying in China, I too would have ended up exhausting all of my savings.”