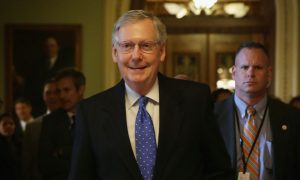 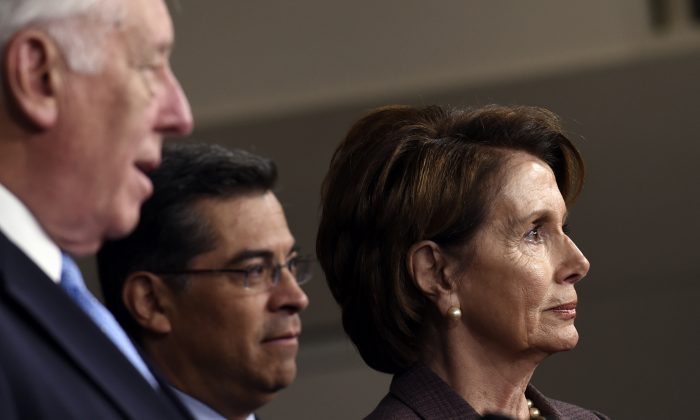 Meeting behind closed doors, Democrats used a voice vote to give Pelosi, D-Calif., her seventh two-year term as their House leader. The rest of the party’s top leadership in the chamber, including No. 2 leader Steny Hoyer, D-Md., was also re-elected.

Pelosi and her lieutenants faced no challengers. But just two weeks after an Election Day that deepened their minority status — they lost at least a dozen House seats — some said their party had done a poor job of persuading middle-class voters that Democrats were on their side.

“We should have stayed on message and not walked away from the successes of this president,” said Rep. Donald Payne Jr., D-N.J. Many Democratic candidates distanced themselves from President Barack Obama, who is deeply unpopular in some regions.

Pelosi has been House Democratic leader since 2003, including a four-year stint as the first female House speaker. They’ve not been in the majority since 2010, and Pelosi said it was time for Democrats to focus more sharply on middle-class needs.

“What we want are initiatives that help the American people, that reduce the anxiety because it reduces the income disparity” between lower earners and the wealthy, Pelosi told reporters.

Touching on the need that Democrats see to improve their message, she said that while it’s important to address people’s needs, “it’s another thing, also, to make sure the public understands what is going on.”

Pelosi is widely popular with liberals and is a tireless fundraiser — a big asset for a party leader. Pelosi has collected more than $101 million for House Democratic candidates over the past two years, about as much as House Speaker John Boehner, R-Ohio, raised for Republicans.

But with Pelosi 74 and Hoyer 75, there’s been increased grumbling that the leadership needs fresh faces.

Asked if younger Democrats should take the helm, Rep. Jerrold Nadler, D-N.Y., said: “Clearly there’s a bunch in waiting and at some point that will occur. But I see no evidence that anyone is pushing that. The caucus has very high regard for Nancy and Steny, and that wouldn’t get anywhere.”

“I think 2016 will be a milestone,” said Pascrell. With Democrats eager to win the White House and congressional control that year, he said, “if it doesn’t happen, you’ll see a lot of changes” in top House leadership.

Participants said the most contentious part of Tuesday’s meeting came as some Democrats pressed Pelosi to change party rules to allow the absent Rep. Tammy Duckworth, D-Ill., to vote in a neck-and-neck election among House Democrats on Wednesday. That race will decide who will be top Democrat on the House Energy and Commerce Committee.

Duckworth, a wounded Iraq war veteran, is at home expecting a baby and has been advised by doctors to not fly. She has requested a waiver to vote by proxy from home, which Pelosi has opposed, saying it would open the door for proxy votes for numerous other reasons.

Pelosi has backed the effort by Rep. Anna Eshoo, D-Calif., to become top Democrat on the Energy and Commerce panel. The two are close friends and Pelosi represents San Francisco, which is near Eshoo’s Silicon Valley district.

Eshoo is opposed by Rep. Frank Pallone, D-N.J., who has seniority over Eshoo — a factor that some consider more important than others do.

Hoyer supports Pallone, as does Duckworth. The vote is scheduled for Wednesday.