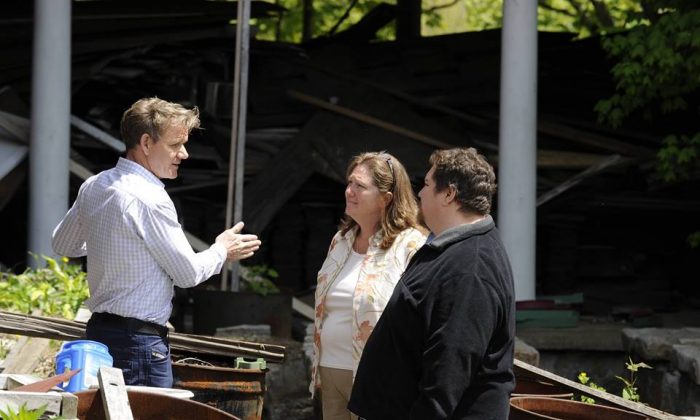 Hotel Hell on FOX is wrapping up season 2 on Tuesday night and fans are wondering whether the show will be renewed or canceled.

The network hasn’t made an official announcement yet.

The ratings drop combined with the lack of announcement of a renewal doesn’t bode well for the program–FOX announced the season 2 renewal before the first season wrapped up.

The show features Gordon Ramsay hitting the road to fix some of America’s most horrendous hotels, troubled inns and struggling resorts, many of which are on the brink of closure.

Check out the description for the season 4 finale below.

“Gordon Ramsay heads to Northern California where he is captivated by the beautiful vineyards of the Sierra Nevada Foothills and the town’s most historic building, Murphy’s Hotel. He’s quickly learns that the 200 year old landmark has become an attraction for a crowd where all night partying kept guests from actually sleeping. Find out if Gordon can keep the owners, Kevin, Joel, and Brian, focused on the guests’ experience or if they’ll let their historic hotel turn into a thing of the past.”