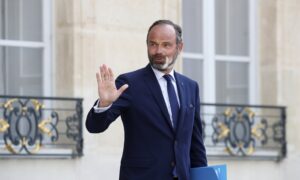 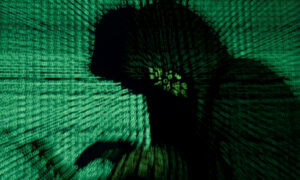 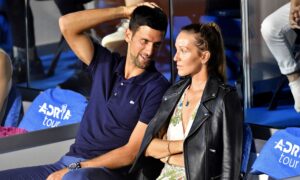 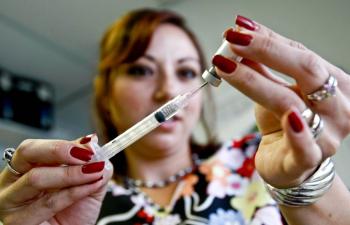 By Simon Veazey
Print
LONDON—The tears have turned to tantrums.

Last week, the prime minister was widely lauded for a relaxed portrayal of his “human side” in a TV interview that saw him weep about the death of his son. But the weekend saw Gordon Brown engulfed once again by criticism of his personality, as accusations of him bullying stole headlines Brown hoped would announce a closing gap in the pre-election polls.

Rumors of a volcanic temper, together with the image of a controlling, micromanaging “Stalin” figure, are not new to Mr. Brown. But Sunday brought to light a new accusation in an article in the Observer newspaper claiming that the head of the civil service had warned the prime minister over his bullying of junior civil servants.

But when ministers rallied around their boss to deny the accusations, the founder of an anti-bullying charity stepped forward to claim that her charity had received phone calls from several staff at the prime minister’s office.

In his new book, serialized in the Observer, Andrew Rawnsley, the paper’s chief political commentator, claims that the prime minister is notorious for losing his cool.

“Long-standing members of his inner circle had endured Brown's temper for years and accepted the tantrums as part of the price of working for a complex man they admired,” says Mr. Rawnsley in his book, "The End of the Party," quoting one member of the office as saying, "Over the years, I've had all sorts of things thrown at me—newspapers, pens, Coke cans."
Rawnsley said that the prime minister's habit of venting his temper by hitting the seat on car journeys meant "sitting in front of him was regarded as the worst duty among the protection squad.”

Given a Stern 'Pep Talk'

One particular incident, claims Mr. Rawnsley, was serious enough to lead to an investigation by the head of the civil service, the Cabinet secretary.

“When one of the secretaries was not typing fast enough for an angrily impatient prime minister, he turfed the stunned garden girl out of her chair and took over the keyboard himself. Word of these incidents reached the alarmed ears of the Cabinet secretary, Sir Gus O'Donnell, who was becoming increasingly anxious about the prime minister's behavior.

“The Cabinet secretary tried to calm down frightened duty clerks, badly treated phone operators, and other bruised staff by telling them 'Don't take it personally.' O'Donnell eventually felt compelled to directly confront the prime minister and gave him a stern "pep talk" about his conduct toward the staff. 'This is no way to get things done,' he told Brown and warned him that he had to moderate his behavior.”

Ministers in the government sought on Sunday to persuade the public that Mr. Brown’s outbursts were not a manifestation of anger, but of a determined man who cared deeply about the issues faced by the government, and who was frustrated when things didn’t go right.

But hearing the barrage of denials, the founder of National Bullying Helpline, Christine Pratt said she “saw red,” and contacted the BBC to tell them that her charity had been contacted several times by staff at the prime minister’s office.

On Monday, Mrs. Pratt told the BBC that she had received an e-mail alleging issues with the prime minister personally.

"I have e-mails on my computer that are coming in. This case is opening a can of worms," said Mrs. Pratt.

Mrs. Pratt has been criticized by some in her field for breaching confidentiality, and so far it is thought that four patrons of her charity have resigned in protest at her actions.

Cabinet Secretary Sir Gus on Monday denied that he had spoken to Mr. Brown about “bullying or intimidating” behavior toward Downing Street staff.

But Mr. Rawnsley stood by his story, for which he says he has “24-carat” sources.

"This is the third different statement Downing Street has put out in the last 48 hours," he told the BBC. "And I note with interest that they still don't deny that a conversation took place between the prime minister and the Cabinet secretary about the prime minister's behavior."

He also said, "You will note that their careful choice of words in their latest statement still doesn't preclude the Cabinet secretary going to the prime minister and warning him about his behavior."

Other commentators have also noted the careful language of the denials and the slow and staggered response to the accusations.

Conservative leader David Cameron suggested there should be an inquiry into the accusations of bullying.

"What I see is just another unseemly mess at the fag-end of a government that is tired, that is discredited, that is worn out," he told TV reporters.