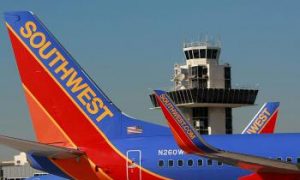 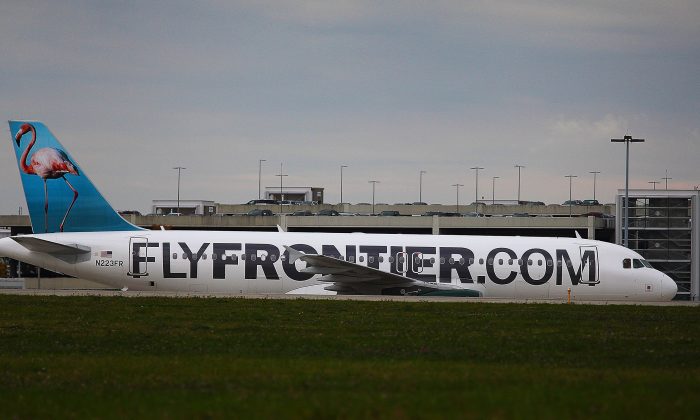 Rubin Swift flew from Ohio to Banner University Medical Center in Phoenix, Arizona, to pick up his newborn daughter. And he got stuck there.

When Swift and his daughter Ru-Andria, only 4 days old, tried to board a Frontier Airlines flight home, he was not allowed to board, AZ Family reported.

Frontier Airlines has a policy forbidding infants under 7 days of age from flying on their planes. They offered him a refund but told him it would take seven days until they could do that.

Suddenly Rubin Swift was having a very bad day. He didn’t have any money to get a hotel room, and he only knew one person in Phoenix—a volunteer who had helped care for his infant daughter in the medical center.

Swift had met volunteer Joy Ringhofer in the hospital before his daughter was released by the doctors. “I was rocking her when her father came in and we sort of made a connection right away,” Ringhofer told AZFamily.

With no other option, Swift phoned Ringhofer and told her he needed help. Her response was far more than he had hoped for.

“I didn’t expect her to say, ‘I’m coming to get you and take you home,’ Swift told AZFamily. “So, I’m thinking, ‘She is going to drive me back to Cleveland’ but she actually brought me to her house and feeding me and making sure my baby is alright.”

Rignhofer gave Swift and his Ru-Andria food, care, and lodging until Ru-Andria was old enough to fly.

To cap it off, Frontier Airlines stepped up to help as well.

Frontier told AZFamily, “To comply with Frontier policy regarding the age of traveling infants these passengers were rebooked on a Frontier flight department on March 20.

“We also waived any change fees associated with this change so the passenger can travel in accordance with our policy.”