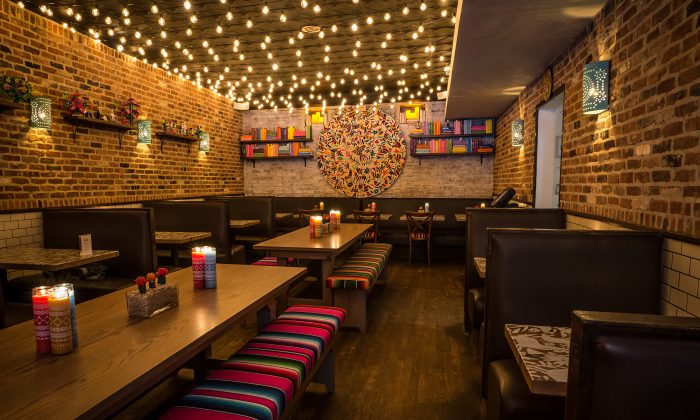 Horchata, a new Mexican restaurant from ESquared Hospitality, opened last week in Greenwich Village. The menu, created by chef Manuel Trevino (formerly of Dos Caminos and Dream Downtown), includes traditional Mexican cuisine and incorporates modern American and Tex-Mex influences. Featured dishes are guacamole with chorizo and crema fresco and potato chips, and a watercress salad with grapefruit, jicama, and chocolate vinaigrette. There are also signature cocktails, including spiked versions of the venue’s namesake, as well as a curated tequila and mescal program.