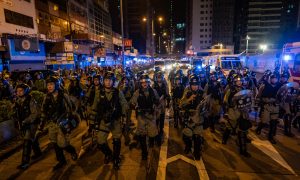 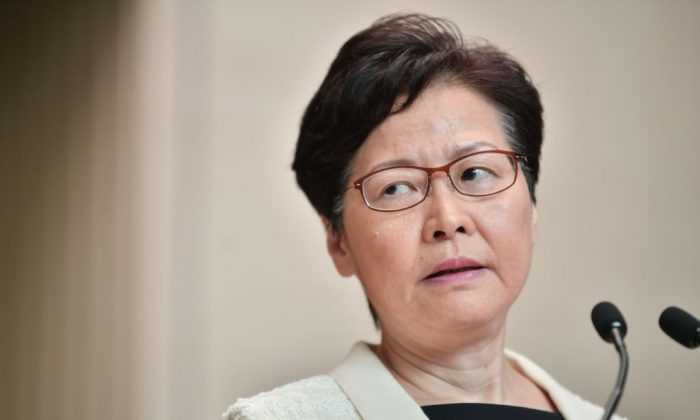 Hong Kong’s Democratic Party stated that Hong Kong leader Carrie Lam made contradictory remarks during a press conference where she acknowledged a leaked audio recording that had been obtained by Reuters.

When asked about the recording on Sept. 3, Lam said that she had “never tendered any resignation” or “contemplated to discuss a resignation” with Beijing.

Reuters had reported that Lam was heard saying in English, “If I have a choice, the first thing is to quit [her position as the chief executive], having made a deep apology.”

At a closed-door meeting, Hong Kong’s Chief Executive Carrie Lam expresses deep regrets about her push to pass the extradition bill, according to an audio recording reviewed by @Reuters. Read the @specialreports: https://t.co/I5T1VoGHxh by @GregTorode @jamespomfret @a_roantree pic.twitter.com/vVCZQkUBhV

Lam added that the leak was very “inappropriate” given that it was a private lunch with a group of business people.

When asked about speculations that she or someone from her government had leaked the audio on purpose, Lam said they were “absolutely unfounded.” She explained that she was expressing her opinion about how it “might be an easy choice to leave [her job]” at the private gathering.

The lawmaker believed that the Hong Kong leader was speaking the truth at the private gathering. He added that the fact that Carrie Lam couldn’t make her own decision about resignation showed that Hong Kong’s autonomy was a “blatant lie.”

Hong Kong, a former British colony, was handed back to Chinese sovereignty on July 1, 1997. The ruling Chinese Communist Party had promised to preserve the city’s autonomy and freedoms under the “one country, two systems” model.

The lawmaker suggested that Carrie Lam resign if she believed she had to serve Beijing instead of the people of Hong Kong.

Regardless of whether she resigns or not, the lawmaker suggested that Carrie Lam take action to rein in the Hong Kong police and stop them from using violence against protesters.

Since early June, millions of Hongkongers have filled the streets of Hong Kong calling for their government to fully withdraw a now-suspended extradition bill.

Many fear that if passed, the bill would erode Hong Kong’s judicial autonomy, as it would allow anyone in Hong Kong to be transferred to China for trial in courts controlled by the Chinese Communist Party (CCP)—notorious for using its judicial system to silence critics and punish dissidents.

The sentiment against the extradition bill has since swelled to include a greater call for freedom from the CCP, as well as calling for an independent commission to investigate instances of police violence. The Hong Kong Police Force has been condemned by rights organizations such as the British nonprofit Hong Kong Watch.

Answering a question about whether she would consider exercising the city’s Emergency Regulations Ordinance to resolve the crisis, Lam said that her government was now reviewing different articles of Hong Kong Basic Law to restore “stability” to the city, saying that there was nothing for her to tell “at the moment.”

The Emergency Regulations Ordinance grants sweeping power to the chief executive to make arrests, stop communications, and issue punishment during “occasions of emergency or public danger.”

Wu said that Lam’s public remark showed she was still going along with Beijing to “cook up violence,” which could give the government an excuse to implement heavy-handed measures to repress the protesters.