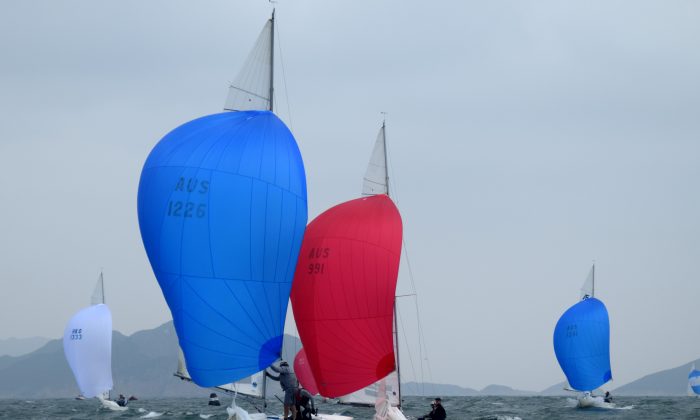 Hong Kong—The Etchells World Championship 2015 organized and hosted by the Hong Kong Etchells Association and will be held near Nine Pins Islands, in the waters off Clearwater Bay between Sunday Nov 1 and Saturday Nov 7. As a precursor to this event, the Etchells Asia Pacific Championship took place at the same venue from Saturday Oct 24 to Monday Oct 26.

The gleaming boats of many teams taking part in the Asia Pacific and World Championships have been arriving at the Royal Hong Kong Yacht Club over the last few weeks in preparation for these major international events. A total of 44 boats are registered to race including 16 teams from Hong Kong.

After three days of racing in the Etchells Asia Pacific Championship (EAPC), Mark Thornburrow of Hong Kong in Racer X 2 headed the list as Champion with 19 points. Steve Benjamin of USA in Scimitar also on 19 points was placed second and Ante Razmilovic from Great Britain came 3rd with 25-points.