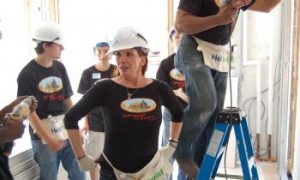 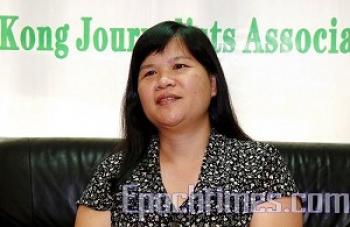 By Li Zhen
Print
HONG KONG—The credibility of media here has been decaying for the last decade, a recent survey indicates. The probable cause? Self-censorship.

The interpretation comes from Chairperson of the Hong Kong Journalists Association (HKJA), Mak Yin-ting, who believes the reason is self-censorship, and that in this the media has only itself to blame.

The survey began in 1997, the year of Hong Kong’s handover to China. The latest was conducted last November, with 1,206 residents surveyed. The result shows that the credibility of Hong Kong media rated only 6.36 points out of 10. From last year, 25 Hong Kong newspapers, radio and TV stations dropped in credibility, and the average score was 8 percent lower.

For Mak Yin-ting, it’s cause for alarm. Though the survey neglected to provide an analysis for the decline, in her view it has got to be self-censorship, especially when it comes to happenings in communist China.

“We continue to stress and urge the media industry to address the issue of self-censorship. They have to improve the situation themselves. They have to ensure that a report is in the public’s interest. However, the situation we see now is serious,” Mak said.

Mak pointed out that after 1997, Hong Kong began to closely interact with mainland China. She feels this self-censorship of Hong Kong media is related to the pressure traceable back to the Chinese Communist Party (CCP).

“The pressure, I believe, does not only refer to political pressure. There are also economic factors involved. Many media agencies are now listed as companies. They cherish or attach great importance to investments in the mainland, or their political status of being representatives of the National People’s Congress. They want to hold such a political relationship for economic benefits.”

Mak also said that because of the close relationship between Hong Kong and China, many people are reluctant to publicly criticize the Chinese regime. This goes not just for media but other fields as well, she says.

Too much focus on gossip has disordered the public’s priorities, she said, and matters of pressing social concern, such as Hong Kong’s high-speed rail funding crisis, are given scant attention.

“The media has the most influence on the publics’ interests. Concern about the public interest and what has impact on society should be the main point of the news,” Mak said.