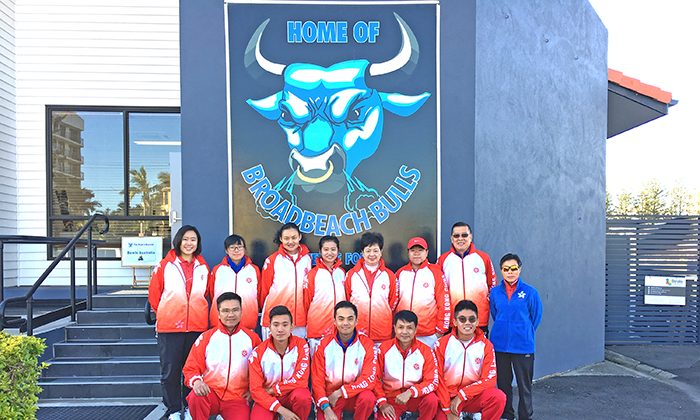 Hong Kong team gained valuable experience the hard way when they were humbled by some of the best bowlers within the Commonwealth countries and finished bottom in some of the disciplines at the 2017 Gold Coast Multi-Nations event.

The event, which was held at Broadbeach Bowls Club from June 3-7, was arranged as a dress rehearsal for the 2018 Commonwealth Games that will be held at the same venue next year.  Hong Kong joined Australia, Canada, Malaysia, New Zealand, Scotland and Wales to compete in disciplines of singles, pairs, triples and fours for each gender.

The games started in roundrobin format, with the top two finishers progressing directly to fight for the gold medal, while the third and fourth spots advanced to the bronze medal play-off.

Hong Kong’s performance deteriorated in the second part of the event, when they lost all their games in the men’s Fours and women’s Pairs. The team only achieved one win in the men’s Singles and women’s Triples.

Given that most nations were utilising this event as a selection tool for the Gold Coast 2018 Commonwealth Games, all participants were top players in their respective nations and they provide good training for the Hong Kong team.   Most players expressed that they have learned a lot from playing with the world’s elites.

Despite there were limited wins throughout, there were occasional flashes from the team such as the women’s triples of Camilla, Vivian and Gloria defeated top Australian team of Kelsey Cottrell, Ellen Ryan and Bolivia Millerick.

The HKLBA expected the team to learn from their experience and get ready to challenge for honours for Hong Kong in the future.

Premier league continues this Saturday June 10 starting at 2:30pm at all greens in Hong Kong.