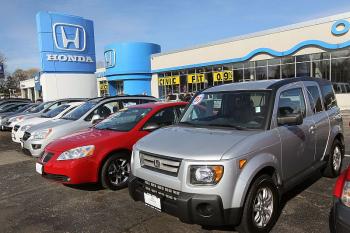 Honda to Stop Producing Element After 2011

Honda, Japan’s second-biggest automaker, said that it would stop producing its “box-on-wheels” Element crossover vehicle after 2011. Sales are down 5 percent this year, after steadily declining every year since its introduction in 2002, according to Honda. Currently, there is a niche for such quirky-looking vehicles, as the Element competes with the Nissan Cube and the Kia Soul, as well as Scion xB. Honda currently offers another small SUV, the CR-V. According to Autodata Corp., crossover SUV sales have increased by 18 percent this year.