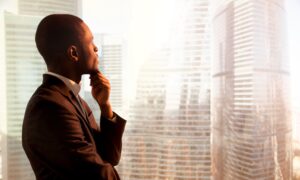 Homestead Hotel May Be Threatened by Actions of Bath Community Hospital

Jerry Nelson
I´m often asked why do I do what I do. Through floods, stampedes, drug cartels, raging rivers and blizzards…why do I keep putting this old battered and used up body on the line. The answer is simple, but maybe hard to understand. I believe that photos can be used to change the conditions in which people live. For me, photography is both a path and instrument for social justice. I like to point the camera where images can make a difference — especially
View profile
Follow
biggersmaller
Print

The world famous Homestead Hotel in Hot Springs, Virginia in the United States is starting to set up and take notice of a problem created by the Board of Directors and CEO at the rurual community’s small, 25 bed, hospital.

The uproar, sparked by the forced termination of a long-time phsyciaisn, Jim Redington, has placed the community at odds with each other. On one side of the aisle are the hundreds who can trace their roots back for decades in the county. On the other side is the board and a few administrative types — the “c’meres;” the ones who can only claim residency for a comparatively short time and never have learned how to be good guests in someone else’s home.

The board, mainly consisting of the “c’meres”, has stayed mum during the nearly two months since the decision to terminate Redington was made. Hiding behind “personnel issues”, “executive action” and other corporate non-speak, the board has created a spirit of distrust in a community where trust is everything.

In trying to appear to be a county resident, one board member was even quoted in the local newspaper, claiming to be a local because he “wears flannel.”

Seriously. You can’t make this stuff up.

It is a safe bet that everytime one of the board members does make a statement, their attoney does a facepalm.

The board is a little schizophrenic. In a recent article in the local newspaper, one of the board members said, “We will be more transparent from now on.”

At a town-hall meeting, three nights later, to vent and air concerns, the same board member claimed they couldn’t openly discuss the issue because of advice from their attorneys.

The town-hall meeting was packed. Somewhere between five and six hundred people filled the auditorium of the county’s only high school.

The community of Bath County, and the surrounding region, rose up in a way seldom seen since 1970 when a beloved high school principal, Jake Cleek was unceremonisouly shown the door by the School Board.

Before that the last turmoil was in 1861, as the United States itself became massively divided over regional issues, leading to the American Civil War.

The western regions of Virginia split with the eastern portion politically, and the two were never reconciled as a single state again.

The Homestead, which was originally founded in the 18th cntury, is the county’s largest employer. For years the hotel had also been the center of social activity in Bath.

The hotel sponsored Little League baseball teams, even loading up 60 some kids and taking them to see the Washington Senators play ball at the old RFK Stadium.

Every year at Christmas time, the hotel weould rent the Liberty Theatre to hold a Christmas party for employees’ children. If a kid snuck in that didn’t have a connection to the hotel, no one said anything and the kid was given a red-mesh stocking loaded with assorted nuts and the requisite apple or orange.

For many years, The Homestead also hosted the local high school prom in the Commonwealth room. As teenagers dressed in ball gowns and tuxedo’s wandered the halls, The Homestead picked up most of the cost for the food, the music and a professional waitstaff to serve the kids.

If a housekeeper or doorman spotted a young couple making out behind one of the columns in the Great Hall, they kept quiet and didn’t interfere with new romance..

According to a source, that wants to remain anonymous, officials at The Homestead are keeping a wary eye on the local hospital. The maneuverings of the Board and its Chief Executive Officer, don’t bode well for the health and welfare of Homestead guests who may just find themselves needing some emergency care while visiting the resort.

With the ability threatened to offer anything beyond a bandaid and aspirin, anyone needing emergency care may find themselves forced to travel either to Augusta or Alleghany County. Both facilities are over 40 miles away and the distance seems even greater with the curving and twisting mountain roads that stand in the way.

In a county where recent Sheriff’s activities included:

A traffic stop in Millboro and a traffic stop the next day in Warm Springs, and
two investigations of a suspicious person in Hot Springs,

The current hospital Board of Directors and CEO seriously want to rethink their position.

There isn’t much action to divert the atttention of some irate citizens.

Jerry Nelson
Follow
I´m often asked why do I do what I do. Through floods, stampedes, drug cartels, raging rivers and blizzards…why do I keep putting this old battered and used up body on the line. The answer is simple, but maybe hard to understand. I believe that photos can be used to change the conditions in which people live. For me, photography is both a path and instrument for social justice. I like to point the camera where images can make a difference — especially
TOP NEWS