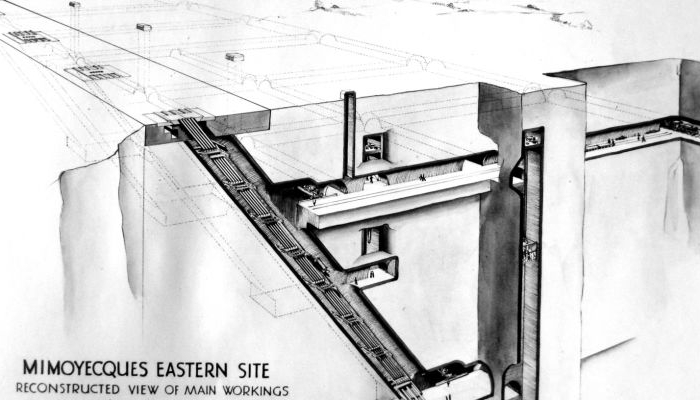 Nazi dictator Adolf Hitler, in an attempt to win World War II, ordered the construction of a prototypical cannon, the V-3 “supergun” as Nazi Germany was being devastated by allied forces and bombs.

Dr. Hugh Hunt, with Cambridge University, recently analyzed photographs for the gun, but noted that the workings remain a mystery as much of it was destroyed.

“The impressive weapon, however, was never test-fired and plagued with technical difficulties,” he wrote for several publications, including Gizmodo and the National Post.

The gun was located in a gigantic bunker buried in a hill in northern France. The Germans had conceived the gun, all 25 barrels, to point at London, located around 100 miles away. The gun was aimed to deliver one bomb per minute to shift the war to Hitler’s favor.

“Each barrel of Hitler’s gun was 130 metres long, inclined at 50 degrees and we worked out that this is the perfect angle to reach London – they seem to have got it right,” Hunt wrote. “The projectile was to be accelerated by means of a sequence of charges along the barrel.

“Precise timing of these additional charges was very important and it has been supposed that this was done electrically.”

“In our research for a TV documentary on Channel Four, PBS Nova and National Geographic International, we found no evidence for this.”

“Photographs from the time have no sign of electrical wiring or triggering devices and our own experiments suggest that the charges were triggered by the heat of the advancing gas behind the projectile.”

He said that Hitler’s engineers had difficulty in perfecting the timing, and it’s probably due to leakage of hot gas past the seal behind the projectile.

But even if the gun worked, Hunt said it probably wouldn’t have won the war for Germany.

“It is unlikely that the supergun would ever have been a successful game-changing weapon, even if the Normandy landings had failed. The numerous technical challenges of the gun itself were proving difficult to resolve but perhaps more importantly a fixed gun installation is an easy target. If it hadn’t been the Tallboys of July 6, or the ill-fated Kennedy mission of August 12, then the installation at Mimoyecques would have been destroyed one way or another before it could do much damage to London,” he wrote.