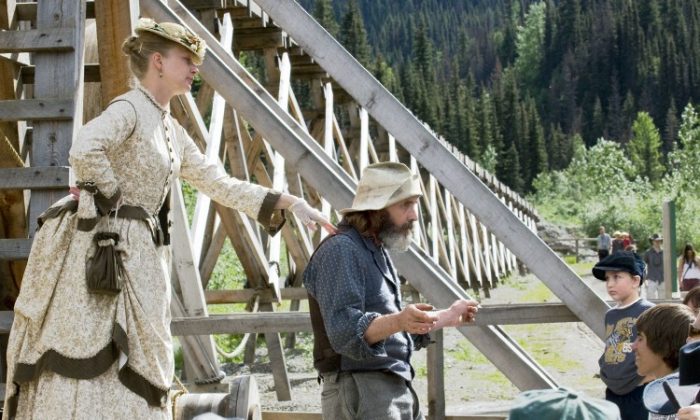 Barkerville, the gold rush town that had much to do with helping build the province of British Columbia, is celebrating its 150th anniversary this year.

Back in 1862, when British prospector Billy Barker first discovered gold in B.C’s Cariboo region, he likely had no idea that a 20-year, multi-billion dollar industrial revolution would result from his find.

In fact, by digging deep in an area that other prospectors had written off, Barker struck what turned out to be the greatest creek-side placer gold deposit the world has seen to date.

“The gold that was coming out of the ground in Barkerville and the surrounding area during the Caribou gold rush was literally in the multi-billions of dollars of value in our money today,” says James Douglas, Barkerville’s manager of visitor experiences.

It was the gold that came from the Barkerville area that gave a boost to what had basically been a stagnating fur-trading territory in the British Empire, explains Douglas.

“The gold rush created an infrastructure and taxation for what became the colony of B.C. and later the province of B.C. It was really what created British Columbia in the way we know it today.”

The boomtown of Barkerville, which sprang up around Barker’s claim, has been preserved as a historic town, and throughout the summer Barkerville Heritage Trust will host events in honour of the town’s 150th anniversary and the beginning of the Cariboo gold rush in 1862.

Visitors will be treated to a series of special activities, including music and theatre performances, storytelling, gold panning, and historical lectures. In addition, the town’s vast collection of artifacts and photographs will be available for public viewing.

The celebrations will include a “Discovery Day” weekend Aug. 11 and 12, whose highlight will be the Canadian National Gold Panning Championships. It was in August 150 years ago that Barker and his crew “struck the lead,” bringing 60 ounces of gold to the surface on the first day alone.

With news of Barker’s find, other miners flocked to the area, and as the population grew, merchants and tradespeople also moved to the town to seek their own wealth.

Within a few years, Barker was sitting pretty financially and no longer needed to do the hard-scrabble work of mining. Instead, he became an investor and pursued other gold-mining ventures.

But Barker was generous with his money and loved to party, the story goes, and eventually his fortune ran out. He went back to prospecting, but only made enough to get by.

Barker died in 1894 in a nursing home in Victoria where he had gone to seek treatment for what is thought to have been either jaw cancer or Parkinson’s disease. He was buried in a pauper’s grave.

In 2008, as part of the 150th anniversary of B.C., the Barkerville administration and others got together and had a large piece of granite from a mine shaft in Barkerville placed on Barker’s grave in Ross Bay Cemetery in Victoria, replacing the small plaque that had marked the grave previously.

“Billy’s great-great granddaughter, Elaine Edgington from Cambridge in England, and her husband came over. We had a bit of a media event just as a way of sort of finally giving Billy the resting place that he deserved,” says Douglas.

Declared a National Historic Site of Canada in 1923 and a Provincial Heritage Site in 1958, Barkerville represents a “living museum” recognized internationally for its significance in the gold rush era.

Over 100 heritage structures are still standing on the spot that they were built. Barkerville’s Chinatown is the largest collection of pre-railway Chinese buildings in North America and the town has one of the largest Chinese archival collections in Canada, according to the Barkerville Historic Town website.

The townsite, which has two cemeteries, is surrounded by historic and cultural landscapes—huge pits from hydraulic mining, tailings piles dozens of feet high, kilometres of hand-dug ditches that brought water to run the mining equipment—where the impact of human hands is still evident despite the passage of time.

“It had a proper infrastructure,” says Douglas. “It had a great number of businesses because these people who were coming to seek the gold needed to be supplied.”

He adds that while other gold rush settlements in B.C. didn’t last long, the gold was so plentiful in Barkerville that people put down roots.

“You can trace family names here in the Barkerville-Quesnel area right back to 1862. Some of those are Caucasian families, some are Chinese families, and many of them are Europeans who came over specifically for the gold rush and then just stayed because it was a place to start a life.”