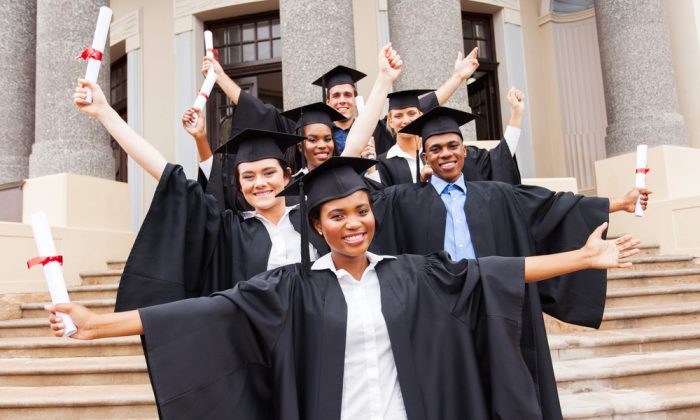 Higher Education Pays for Itself Many Times Over

The relative neglect of higher education investment in political debate is a missed opportunity.

The economic evidence is that not only does higher education build the economy’s skills and knowledge, but that it pays for itself many times over.

Education lobby groups and research institutes commission economic modelling for the sector to support such characterizations. This often leads to a whole range of figures being bounced around.

So how reliable are the above figures? Do these claims around the economic benefit of universities stand up? And how can we trust that the modelling being used is fair and accurate?

The main concern around modelling in general is that the methodologies used are not always transparent and accessible. This means that the numerical characterization of a policy change, which is the input to a model, plus the way the knock-on effects are calibrated within the model, are hard to challenge or understand. In this way, numbers can be fiddled to favor a cause and proper evaluation is difficult.

Models and the reports that result from their deployment should be subject to open review and challenge in the manner of good research. Perhaps the Learned Academies, as the real independent repository of research standards, could be funded as part of an engagement and impact agenda to provide such assessments, thus facilitating better understanding and increased confidence in evidence-based policy.

In May 2016, Universities Australia released a new report around the wider economic benefits of a strong university sector. It concluded that:

In 2014-15, the economic boost from new graduates entering Australia’s workforce created 25,000 new jobs for Australians without university degrees, and raised their wages by an average $655 a year per worker.

Such outcomes are worth having and do seem consistent with other modelling, so can be taken as indicative of wider pay-offs beyond graduates themselves. This means that any “them and us” critiques of university funding do need qualification.

Beyond higher education, the TAFE Directors’ Association commissioned modelling on the vocational education and training (VET) contribution. It found that the average rate of return for VET is actually higher than for higher education training, at 18%.

Since this analysis is based on numerous separate peer-reviewed research studies in human capital, with the twist of recognizing returns to module completion as well as to completed qualifications, this does seem quite reliable and is not dependent upon the internal model details.

After all, good incomes from shorter and less costly training clearly can be obtained through VET, though it suffers from some “image issues” in attracting students.

But a bottom line outcome is the fair conclusion that VET is being even less adequately supported in Australia than is university training.

A broader approach still to modelling is to examine “packages” of reform so that a narrative is simulated.

An example of this is found in the recent project on Australia’s Comparative Advantage completed for the Australian Council of Learned Academies (ACOLA).

The study examines a wide range of publicly proposed and documented policies and reviews them as adding up to two packages – structural and investment – for reform. That is, real plans and not just policies. It found that:

A new reform package across institutional change and future investment could add more than 20% to living standards by 2030 over and above trends that would be based on current policy settings only.

These numbers should be understood not as forecasts but as simulations. This means that the analysis holds all other factors constant, except the policy change specified and its knock-on effects. The analysis does not allow for the other unrelated actual changes happening in the real world, as would be required for a forecast.

Analysis and comparisons of the relative magnitude of the individual component policy effects would be helpful. But a virtue of this ACOLA exercise is that it is a meta analysis that brings together various independent policy studies, so that it does not depend only on its own authority.

This exercise was also overseen by an Expert Working Group, a Project Steering Committee and peer reviewed, all by senior scholars from across the spectrum of disciplines represented by the four Learned Academies.

Education reform is part of the packages evaluated. The key inputs from outside the models for the education effect are the estimated rates of return to investment in the various forms of education.

These rates of return (based on employment and income effects relative to costs, discounted over time) are themselves substantive evidence of education’s economic impact.

More Funding Is a No-Brainer

More funding of tertiary education should be a no-brainer even on economic grounds alone.

The rates of return for tertiary education far surpass most commercial rates of return, which historically average around 10%, and surpass any hurdle rate for investment (typically 7-8%) sought in formal government investment analysis.

Yet under-investment continues. Sometimes short-termism trumps vision. But recognizing that fact in the light of evidence, may change it.

Glenn Withers, Professor of Economics, Australian National Universit. This article was originally published on The Conversation. Read the original article.