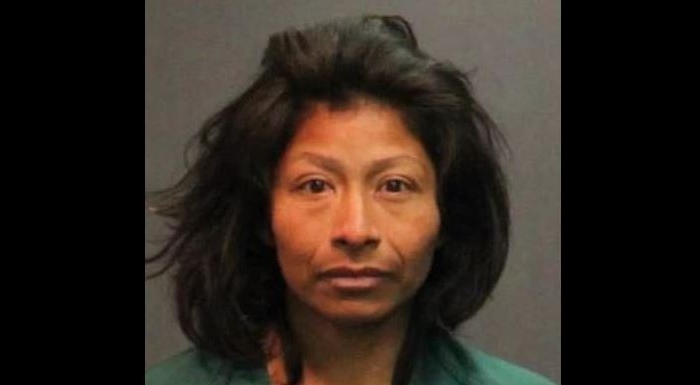 A good Samaritan is being hailed a “hero” after she prevented a woman from kidnapping a girl who was on her way home in California, police said.

The situation unfolded when a 12-year-old Santa Ana girl was walking home from school on Wednesday.

The girl, Amy Martinez, said that she was confronted by a woman who she believes was homeless.

“She just came up to me and went like this,” Amy told KTLA, simulating a bear-hug. “And then she started walking with me away.”

“The suspect wrapped her in a one-handed hug and began dragging her away,” Santa Ana Police Cpl. Anthony Bertagna told The Orange County Register.

Amy said she screamed for help, prompting the woman to tell her in Spanish not to cry.

That’s when a woman who had just dropped her child off at a nearby school saw what was happening.

According to Bertagna, the good Samaritan pulled into the parking lot, rolled down the window of her car, and asked if Amy was OK.

He then said it took about five seconds to think of something. “Then she begins yelling, ‘She’s mine. Give her back,’” he said.

The woman took Amy to school and called the police.

Amy said the woman who saved her is a hero.

“Her motherly instincts kicked in. She saw something and she acted,” Bertagna told The Orange County Register. “We believe because of her actions she prevented the girl from being abducted”

Police officers later found the woman who attempted the kidnapping, identified as 34-year-old Claudia Hernandez-Diaz. She was booked into Santa Ana City Jail on suspicion of kidnapping a child under the age of 14.

From now on, Amy’s mother said, Amy will be driven to school every day.

“I have no way to describe how I felt when the principal told me,” she said. “You don’t expect it to happen to you and when it does you don’t know how to react.”