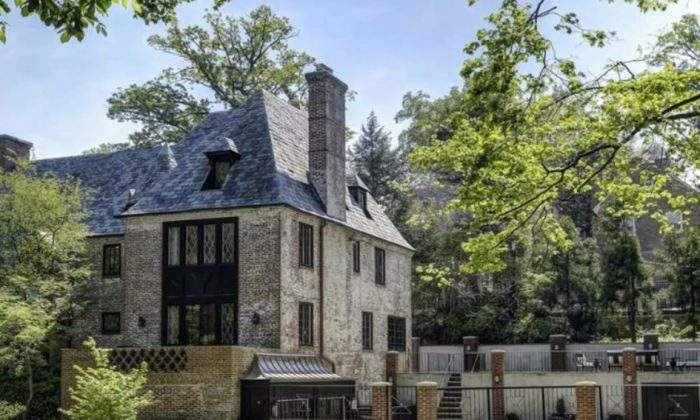 President Barack Obama is slated to leave office next January, and he’s already got a new place lined up after living in the White House for the past eight years.

The home was spotted by Elizabeth Dias of Time magazine.

The 8,200-square-foot mansion—built in 1928—has nine bedrooms and eight and a half bathrooms. Real estate website Redfin estimates that it’s worth approximately $6.4 million. Lockhart and his family moved to Manhattan after he took a job with the NFL as its executive vice president of communications.

The mansion in the DC neighborhood of Kalorama was last sold in May 2014 for $5,295,000, Politico reported. It also has a two-car garage and a parking lot for as many as 10 vehicles.

The Kalorama Triangle District, meanwhile, presents “a visually rich medium composed of picturesque streets lined with rows of three- and four-story dwellings and anchored by solid blocks of multi-family apartments. Together, the form, size, scale, and the ornament materialize into a significant period piece,” the National Park Service says.


The Obamas will stay in the Washington, D.C.-area once his final term is done. The reason is so his daughter, Sasha, can finish high school at Sidwell Friends.

The house the Obama family will rent in DC after inauguration: https://t.co/Nbcl61NK78

Her sister, Malia, will graduate from the school and take a year off before going to Harvard.