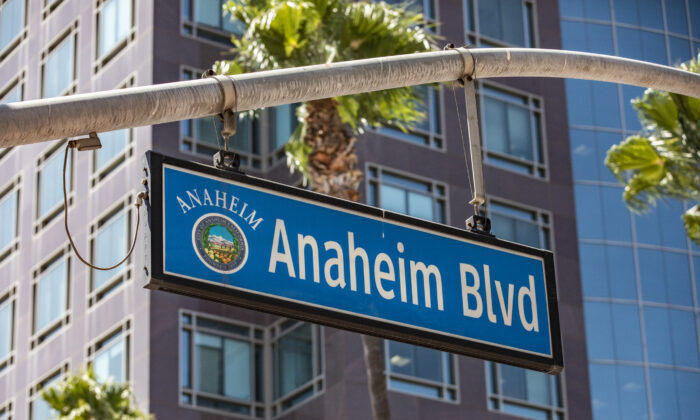 OCVibe is a hub set to be built next to the Honda Center. Spanning 95 acres, the development will host several amenities:

The Anaheim City Council approved the plan in November 2018.

With housing prices across Anaheim and broader Orange County reaching record highs, questions arise about how the luxury development will impact property values in Anaheim.

Anaheim spokesman Mike Lyster told The Epoch Times that current homeowners may expect an increase in the value of their property following OCVibe construction. This could mean great news for residents looking to sell their homes in the next decade.

“Our strategy as a city is to provide more housing. [More] housing will moderate the pricing of housing overall across the city,” Lyster said.

Anaheim Arena Management, which manages the Honda Center, is taking over transit operations in the area.

With Disneyland just three miles away, tourism to and from the park will be affected. Lyster said OCVibe would expand the market for tourism in the area, rather than directly compete with it.

“Rather than making us a one-day visit with Disney, [OCVibe] makes Anaheim a place people spend days, if not weeks,” Lyster said. This is because tourists can stack their visits to the area with multiple events, such as Canadians who arrive to see their team play the Ducks at Honda Center, then visit Disney’s theme parks the following day.

Because of the new development, the Anaheim Police Department will need to hire more officers, according to a department spokesman.

There is a known network of human trafficking connecting Anaheim, San Francisco, and Las Vegas that frequents the area, Lyster said.

Regarding COVID, although public concern persists over future variants and their impact on local entertainment restrictions, Lyster said “we’re moving to an endemic stage. COVID will remain with us, but we believe that this will be something we will live with.”