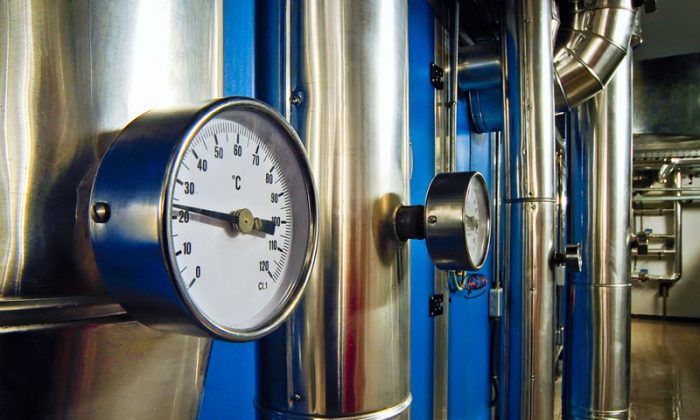 NEW YORK—The cold is back, and with it, rising heating bills.

This winter was expected to bring much lower bills than last year because it wasn’t supposed to be so darn cold. Homeowners could go a little easier on the thermostat, and less fuel use would offset rising prices for natural gas and electricity, which generates heat for 88 percent of U.S. households.

Then, descending from the Arctic, came a block of cold air nearly the size of the entire Lower 48. This month is now on track to be the coldest November since 1996.

“It came in hard and strong, pretty impressive stuff,” says Matt Rogers, a meteorologist at the Commodity Weather Group, which forecasts weather and heating demand for energy companies. He notes that a cold November doesn’t necessarily lead to a colder winter. But it depletes fuel supplies and pushes prices up.

And it just so happens most forecasters think January and February will also be colder than normal across most of the U.S.

With this biting November and a colder-looking January and February, that chillier — and pricier — forecast now looks more likely.

The change in forecast can be seen in a suddenly volatile natural gas market. In late October and early November the futures price of natural gas rose 24 percent over 9 days. Then it dropped 10 percent in 4 days before climbing again. On Tuesday it closed at $4.24 per 1,000 cubic feet, down for the day but 17 percent higher than last year.

“It’s all weather, this is a market inextricably linked to Mother Nature,” says Stephen Schork, a longtime energy trader and analyst. Natural gas markets were uncharacteristically calm until the cold hit last winter, but Schork expects volatility to again be the norm.

“Natural gas is a roll of the dice every single day,” he says.

Natural gas futures prices don’t translate immediately into higher residential prices because of the way utilities buy and sell the fuel, but higher prices find their way to customer bills eventually. The Energy Department predicts residential natural gas prices for November through February will rise 7 percent compared to the same period last year, according to its most recent forecast.

Natural gas prices also determine the price of electricity in much of the U.S., and are helping to push power prices higher. Customers of several New England utilities have been warned of jumps of 20 percent or more this winter. Nationwide, power prices are expected to be up 3 percent compared with last year, the biggest annual rise since 2008.

Customers who burn heating oil and propane will likely pay less than last year because the fuel will cost less — but now they may have to fill their tanks more often than they had hoped.

Commodity Weather Group’s Rogers puts the possibility of this winter being as cold or colder than last year at 30 percent, up from 10 percent at the beginning of the winter heating season. A big high pressure system over Alaska, what he calls a “hangover” from last year, is chilling things now. A developing weak “El Nino” condition in the Pacific could help bring cold and heavier-than-normal snow to the Eastern Seaboard in the first two month of 2015.

“This winter still has some curveballs coming,” he says.

*Image of “heating system” via Shutterstock