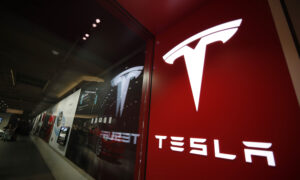 Hoa Nguyen
Hoa Nguyen, a MBA and MA graduate, has 10 year working experience in both education and business. She is working as a business consultant for clients across the world via Odesk and Elance. She lives in Vietnam and has a solid knowledge about doing business in this country. With her strengths in education and business, she would like to share her ideas, tips to do business successfully in Vietnam, as well as others.
View profile
Follow
biggersmaller
Print

VIETNAM – Within 4 weeks since  Coca-Cola has first launched “Share a Coke” campaign in Vietnam; Vietnamese people enjoyed having their names on the packs or bottles of Coca-Cola. A wave of possession personal names on Coca Cola’s products spread all over the country and presented widely on Facebook – the most popular social sites there.

However, this marketing campaign has been getting opposite opinions from the Vietnamese people. Some of them indicated that Coca-Cola had a creative marketing campaign, which personalized consumers and involved them in its business process as well as inspired them with their tailored products. In addition, some others confirmed that this campaign urged them to purchase Coca-Cola just because of their names put on its products.

“I am excited with the Share a Coke campaign of Coca Cola. I am jubilant to own a Coca Cola can with my name put on. I think Coca-Cola has a very creative idea. I like it,” said Mai, a student of Hanoi University.

“I have never used Coca Cola since I have read many articles explained about the harmful effects of drinking Coca Cola or Pepsi. However, I cannot stop purchasing a can with my name, exiting there,” said Huong, a student of Hanoi Medical University.

However, there are negative feedbacks for this campaign since Coca-Cola has gotten a doubt of evading taxation in Vietnam. Most of the people involved in the interview have said that it has been ashamed for Coca-Cola because of its dodging the taxman since this is a big company. Based on an application allowed creating text on the images of packs and bottles of Coca-Cola, the text with the meaning of asking Coca-Cola to pay tax was created and posted on the fan pages of Coca-Cola. In addition, some people censured Coca Cola’s abuse of individuals to do marketing. They have claimed that it is not fair for them to do marketing for Coca-Cola – a tax dodger.

“How do you think if your name put on the Coca – Cola can be thrown away into the dustbin? I do not want to see that. It is crazy if I help Coca-Cola to do marketing,” said Thanh, an IT staff.

Although there is not official information to confirm whether Coca-Cola has evaded taxable or not, it is still facing public relationship problems in Vietnam. Thus, there are some lessons for foreign companies based on the case of Coca – Cola and the features of Vietnamese culture.

First, Vietnamese people respect feeling due to its cultural features, so once the corporation does the right things such as commitment of social values, law and corporate responsibility, it will get the consumers’ love and empathy. As the result of that fact, the company will succeed.  Moreover, since social sites such as Facebook, LinkedIn, Twitter, and Google Plus are developing in Vietnam, it is easy for customers to share their reviews on products that may impact significantly to the customer’s behaviors. Coca – Cola marketing campaign has settled down dramatically because of rapid shares of customers’ reviews on Facebook.

Second, it is always important for an international company to localize their marketing campaigns in order to ensure that they are suitable for the local. A thorough understanding about the local culture, as well as the corporate responsibility and commitments, are keys for business success.  “Share a Coke” campaign reaps much success from other countries, but it does not succeed as its expectation in Vietnamese market.

In another hand, it is useful for Coca-Cola to experience the responses of Share a Coke campaign in Vietnam since its problems may become the motivation for its creativity and a good chance for this company to have a better localization plan for the long-term business.

Hoa Nguyen
Follow
Hoa Nguyen, a MBA and MA graduate, has 10 year working experience in both education and business. She is working as a business consultant for clients across the world via Odesk and Elance. She lives in Vietnam and has a solid knowledge about doing business in this country. With her strengths in education and business, she would like to share her ideas, tips to do business successfully in Vietnam, as well as others.
TOP NEWS