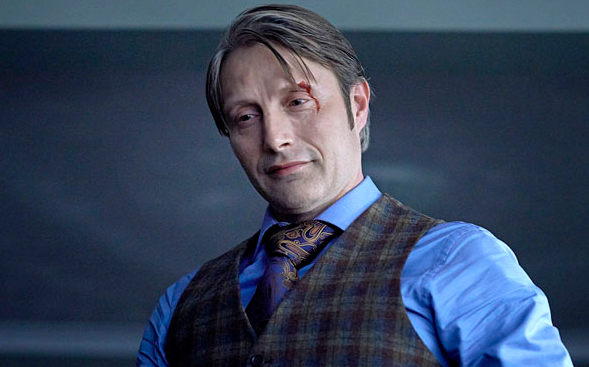 Hannibal has been renewed for a season 3 by NBC as the season 2 wraps up this evening. The show is based on characters and elements that appear in the novel Red Dragon, and focuses on the relationship between FBI special investigator Will Graham forensic psychiatrist Hannibal Lecter, who is destined to become Graham’s greatest enemy.

The network did not announce a premiere date for season 3, but did say that the season won’t start off in the fall.

Instead, the series will likely premiere early next year.

It’s very likely that season 3 will premiere somewhere around that time frame.

There’s no confirmation yet that the show will stay in its 10 p.m. timeslot on Fridays, or be moved somewhere else. It started out on Thursday nights. Viewing figures dropped in season 2 but the show has won critical acclaim from different areas.

The season 2 finale will certainly set up the storyline for the next season, with no outside hints as of yet.

See the official description for the finale below:

“Hannibal prepares for his imminent departure with, he believes, Will. Will prepares for a departure of another sort, tying up loose ends, not sure if he’ll survive the trap he’s set for Hannibal.

“Both men feel that Jack (Laurence Fishburne) deserves the truth, but what is that truth? Loyalties will be tested and forgiveness will be asked…and the inevitable battle between Hannibal and Jack is upon them.