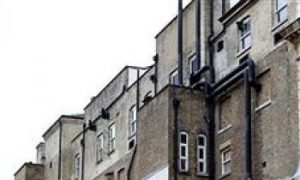 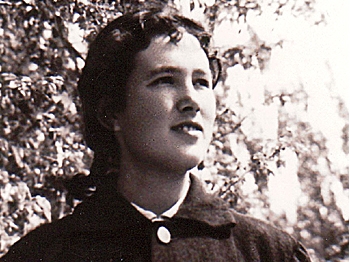 In her nine years in the Xinjiang Production and Construction Corps, Han Xiu witnessed the deaths of many promising individuals during their exile to China's desert borders. (Courtesy of Ms. Han Xiu)
China

Yue Yun
View profile
Follow
biggersmaller
Print
In September 1948, a young American couple crossed the Pacific Ocean on an American naval ship with their son John and a 2-year-old girl named Teresa. When they arrived in Shanghai, they placed little Teresa under the care of her grandmother, whom she had never met.

After she had attended high school, Han Xiu (Teresa) learned from her grandmother that she had been born in New York; her father, Willis Hanen, was a U.S. foreign military attaché who was deployed to Chongqing to help China fight Japan from 1943 to 1945, while her mother was a Chinese student who studied in the United States.

Her father only saw her once at the hospital when she was born, and divorced her mother afterward. Han Xiu’s grandmother had planned to go to Taiwan with Chiang Kai-shek’s government, but was bound to China for the rest of her life when she stayed behind to receive Han Xiu.

Though Han Xiu was an excellent student in high school, she was deemed ineligible for admittance into college because of her family background; her exam papers were automatically left ungraded and stamped with the words “unworthy of admission.”

In 1964, her school’s Party secretary told 17-year-old Han Xiu that she had to denounce her American heritage and write a statement about “severing ties” from her father in order to be allowed to attend college. When Han Xiu refused, she became one of the first Beijing students to be sent to live and settle in the countryside.

“I just thought that I definitely would not betray my father.” Han Xiu said, explaining why she unhesitatingly refused to denounce her American heritage when she was 17 years old.

After the Cultural Revolution started, a big-character poster was displayed at Han Xiu’s school in Shanxi Province hinting that an “advocate of imperialism” was hiding there. Things did not look good for Han Xiu, so she decided to leave Shanxi and headed to Xinjiang.

She spent the next nine years at the Xinjiang Production and Construction Corps. It was in a remote desert area in southern Xinjiang where strong winds and sand blew all the time.

She lived in a damp underground, cave home and ate boiled cabbage and steamed cornbread every day. She often had excruciatingly painful back pain after being subjected to extremely harsh labor beyond the limits of her endurance. Yet Han Xiu persevered.

“All I wanted was to leave that place alive. It became my only goal,” she said.

One time Han Xiu was sitting with the crowd during a big public criticism and denunciation meeting initiated by the corp. She found the bloodshed and CCP slogans unbearable, so she wished to leave the meeting. However, as soon as she began to stand up, she was knocked unconscious by the butt of a rifle.

When she awoke three days later, she found herself abandoned in the desert and half submerged in sand. She crawled back to the barracks, where she received only light treatment with a Mercurochrome solution, and that was it. However, Han Xiu suffered the effects of her injuries for years.

Han Xiu’s life in the corporation allowed her to see the true face of the Chinese Communist Party (CCP) and how Chinese society has been affected by it.

“In those nine years, I witnessed many promising individuals die during their exile to the remote desert borders,” she said.

“When the regime suspects something about you, they try to transform you. If they can’t transform you, they send you someplace where the harsh labor eventually kills you, thereby completely destroying your physical body."

“Throughout the years, the CCP with its unchanging tactics has targeted intellectuals as well as other social groups. The tactics have seemed to work,” she said.

Determined to Return to the US

Han Xiu was assigned to work in a large collective factory in Beijing upon her return from Xinjiang in 1976. The Party secretary there was pleased with her work and helped her reclaim her birth certificate and U.S. passport, which had been confiscated by the authorities during the Cultural Revolution, from the Beijing Municipal Public Security Bureau.

Han Xiu then went to the Beijing Public Security Bureau Foreign Affairs Office in hopes of confirming her American citizenship and returning to the United States. However, the bureau eventually told her that her documents had expired and were useless in both the United States and China.