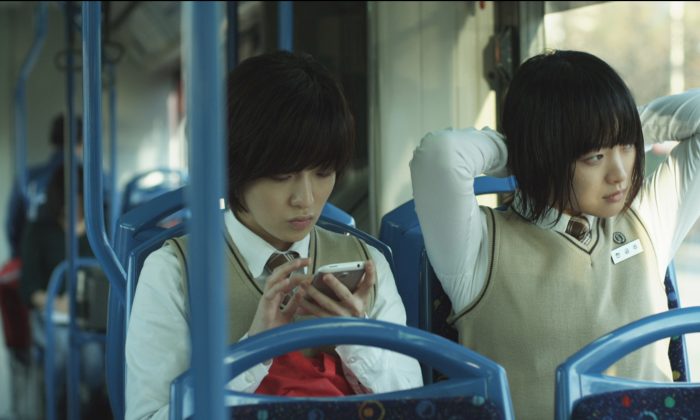 Chun Woo-hee (R) as Han Gong-ju, a South Korean student with a dark past. (Film Society of Lincoln Center)
Entertainment

If ever there was a film that one would not want to be based on a true story, it would be Lee Su-jin’s emotionally bracing feature debut. Yet, even if viewers do not know it is inspired by a notorious 2004 case, viewers will immediately sense there is something terribly real behind it. Sadly, the crime is only the start of a process of victimization in Lee’s “Han Gong-ju.”

Han Gong-ju is smart and musically talented. She is the sort of student any school should be delighted to have, but her principal is pulling strings to transfer her out. She is effectively being expelled despite, as she rightly insists, having done nothing wrong. A former teacher accompanies her to Incheon, arranging for her to live temporarily with his mother. He keeps everyone in the dark regarding her recent past, and Han is not about to talk about it.

Slowly, Han recommences with life, but she fiercely guards her privacy. Occasionally, she hears from her alcoholic single father, but his calls usually portend trouble. Nevertheless, she slowly develops a friendship with a classmate, Eun-hee, who is in awe of her singer-songwriter talents. Unfortunately, as Lee slowly reveals the ugly details of the initial crime (which is never very difficult to deduce), ominous signs suggest that the dark past will intrude on the imperfect present.

Without question, the film serves as a blistering indictment of Korea’s less than progressive attitudes toward victims of sex crimes and the decidedly unjust legal mechanisms that allow the wealthy to literally buy their way out of convictions. However, it never feels like an issue paper or a Lifetime original movie, largely due to Chun Woo-hee’s subtle yet agonizingly devastating lead performance.

Ironically, she is a 20-something established movie star, playing a teenager (but Michael J. Fox did the same thing for nearly a decade as Alex Keaton and Marty McFly). Regardless, it is a harrowing portrayal of resiliency under extreme emotional distress.

Chun dominates and defines Han Gong-ju, but she has some nice support from Lee Young-ran as her host, Ms. Lee. It is a tricky role that suggests some parallels with Han, while emphasizing the extent of deep-seated societal prejudices. Jung In-sun’s relentlessly upbeat Eun-hee also has some effective moments serving a somewhat similar function for Han’s teenage generation.

The rest of the ensemble is stuck with mostly anonymous and usually decidedly sinister character-types, but their screen time is limited and the audience will not really want to meet them anyway.

“Han Gong-ju” is a challenging film from start to finish, especially including a massively ambiguous ending that lets nobody off the hook. This is not popcorn entertainment, but Chun’s work is powerful stuff that puts recent tear-jerking young adult novel adaptations to shame for their naked manipulation.

In contrast, Lee and Chun’s honesty stings. Recommended for those who appreciate intimately personal dramas with a wider social significance, “Han Gong-ju” screens at MoMA though July 7.