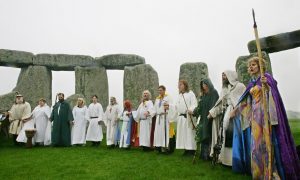 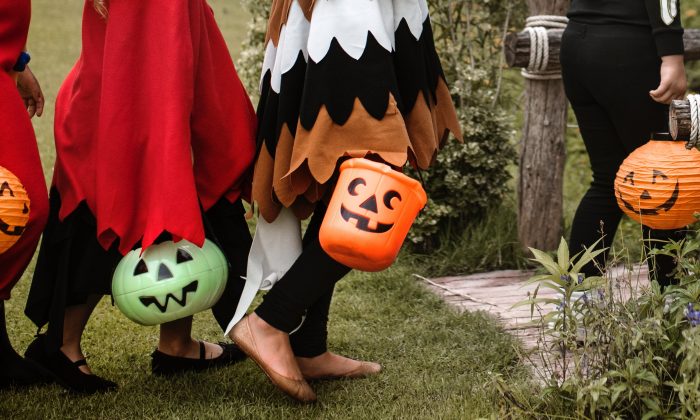 Halloween might have originated in Briton, but today this "American tradition" isn't as warmly embraced by Brits. (rawpixel/unsplash.com)
Viewpoints

Halloween and Other ‘American’ Things That Irritate Britons

Recently, I wrote an article for The Epoch Times about America-bashing movies directed by Britons. If you are unlucky enough to be a U.S. expatriate in Britain during religious or patriotic holiday periods, you will be on the receiving end of some pretty scary abuse.

In fact, Britons like to blame Americans for pretty much everything, but their misplaced hatred for “American Halloween nonsense” and all-year-round “horrible foods” is historically questionable.

Every year as October dawns, British stores begin to stock up on masks and costumes, as well as Halloween-themed candy and cakes. This, in turn, triggers griping in the media about “this ghastly American holiday being foisted upon us.” Okay, it’s within reason that parents might feel pressure to buy their children goodies and costumes, but what astounds me is the accusation from some critics that this is an “American” observance. It isn’t. Halloween originated centuries ago in Britain and Ireland.

Halloween dates to pagan times and can be traced to the Celtic ancient festival of Samhain; the Celts started life 2,000 years ago in Ireland, the United Kingdom, and Northern France. By 43 AD, the Romans had overtaken Celtic lands and combined a late October pair of festivals: Feralia, to remember the dead, and Pomona, in honor of the Roman goddess of fruit and greenery. “Bobbing for apples” in a barrel of water was a practice that carries on to this day.

When I was growing up in the United States, we always ate “candy apples” on a stick, covered in a red sweet glaze or caramel and nuts. We also ate candy corn and tiny candy pumpkins. John Rosenberg, the executive producer with whom I worked at Anglia Television UK in the 1980s, was American. Despite having been in the UK since 1953, he came into my office every October, held out a hand, and into it, I poured candy corn that I had been sent by family in Philadelphia.

In the eighth century, Pope Gregory III designated Nov. 1 as All Saints Day, taking some of the practices of Celtic Samhain. The night before was known as All Hallows Eve, later Halloween. In 1000 AD, the church designated Nov. 2 as All Souls Day, and various worldwide customs developed, including bonfires, parades, dressing up as angels, saints and devils, and telling ghost stories.

By the 15th century in England, Flanders, Germany, and Austria, “souling,” or sharing cakes door-to-door baked to remember the souls of the dead, had evolved. Shakespeare mentions souling in “Two Gentlemen of Verona.” It is regarded as a predecessor of “trick or treating.”

What gets me is the accusation from some Britons that trick-or-treating is “yet another ghastly American trend” when, in fact, in Ireland, Scotland, Wales, and the Isle of Man, it was customary by the 16th century to go house-to-house singing or reciting poetry in exchange for treats. The United States began to celebrate Halloween in a big way with the Irish immigration of the mid-19th century.

Over the years, I have had some pretty aggressive London trick-or-treaters complaining about the sweets I have given them—one group removed my wrapped chocolates and stomped on them, swearing at me in language well above their young years.

In my youth, on Halloween, every American child carried a UNICEF box, into which households donated coins or dollar bills. Initiated by Mary Emma Allison in 1950 in Philadelphia, the box has raised to date $177 million; the tradition has since spread to Canada, Mexico, Ireland, and Hong Kong. UNICEF won the Nobel Peace Prize in 1965, and President Lyndon Johnson said, “Your UNICEF Trick or Treat Day has helped turn a holiday too often marred by youthful vandalism into a program of basic training in world citizenship.”

Why is Halloween in October? The Church regarded All Souls as a commemoration “at the time of dying in nature;” in Rome, summer was considered too warm for pilgrims to congregate to remember the dead as “Roman Fever” illness was prevalent until fall. In countries as diverse as Bangladesh, where the small Christian population lights candles on headstones, and the Philippines, where everyone returns to his or her hometown to light candles, along with Japan, South and Central America, Europe, Australia, New Zealand, and East Asia, Halloween, All Souls and All Saints Day involve scores of traditions and cuisine. In Spain, “bones of the holy” cakes are placed on gravestones—a tradition dating back centuries.

Judaism doesn’t allow the celebration of Halloween, as Leviticus 18:3 forbids Jews from participating in other faiths’ customs, be it Christmas, Lent, Easter, or St Valentine’s Day. In the 20th century, however, some Reform rabbis have acknowledged that there is no harm in allowing the enjoyment of Halloween customs.

Notable, too, that so many Jewish observances involve lighting “Yahrzeit” candles that burn for more than 24 hours to remember the dead. Javed Memon, a Muslim writer, has been quoted as saying that his daughter “dressing up like a British telephone booth will not destroy her faith as a Muslim.”

Halloween isn’t the only ancient Christian observance that irritates many Britons. Britain is a secular country; except for the Catholic population, church attendance has declined over the decades since World War II and I am aware that many Britons find Christmas as annoying as Halloween. You can be sure stores and malls are teeming on Maundy Thursday, Good Friday, and Easter weekend with shoppers who aren’t particularly moved by the story of the crucifixion and resurrection.

Here is another irony: Many Britons love to criticize Americans for “commercializing holidays,” but, my goodness, have they ever bizarrely embraced “Black Friday” and “Cyber Monday,” the days after Thanksgiving, which isn’t celebrated outside the United States. Posters, TV and radio ads, and billboards across the UK advertise massive sales, and people line up all night to be first into the stores.

Other faiths’ observances may cause irritation too. I was once on a bus with a Londoner who became enraged when he saw Jewish children in orthodox attire throwing candies at passing cars on Purim, the celebration of the life of Queen Esther and the defeat of an evil ancient king. He was apoplectic with rage, but I reminded him that candy isn’t going to kill anybody. Probably pure coincidence, but Purim “Hamantaschen” cakes are triangular, as are Halloween scones in Scotland, where children jump up and try to catch the cakes hung on a string from ceiling beams or overhead light fixtures.

I always laugh when Britons also growl at me about “Mother’s Day fuss”—some have even accused Americans of creating the day. Actually, Mothering Sunday dates back to the 16th century, when it became customary in Britain for the church to urge households to allow their servants to have a day off to honor their “mother church” and mother on the fourth Sunday in Lent. And yes, it became a tradition in the United States in the 20th century held in May, but its origins are definitely British, Irish, and European.

When I have engaged with Britons in discussion of American holidays that involve much happy eating—Memorial Day, July 4th, Halloween, Thanksgiving—I often get a tirade about “horrible American food.” I have never understood this, because, over my long lifetime, the pleasure I have had in Italian, Chinese, Jewish, Hungarian, Polish, traditional American restaurants and, more recently, Japanese eateries—even diners—in the United States has been unmatched anywhere.

When I asked the manager of a London hospital restaurant if she would bring in sour cream and chives for baked potatoes, she snarled at me, “You may like that sort of thing in New York where you come from (I’m actually from Philadelphia), but where I come from in Ireland, we’d think it’s disgusting.”

Disgusting? That’s her view. But worldwide customs enthrall me, and I hope they will continue for years to come.