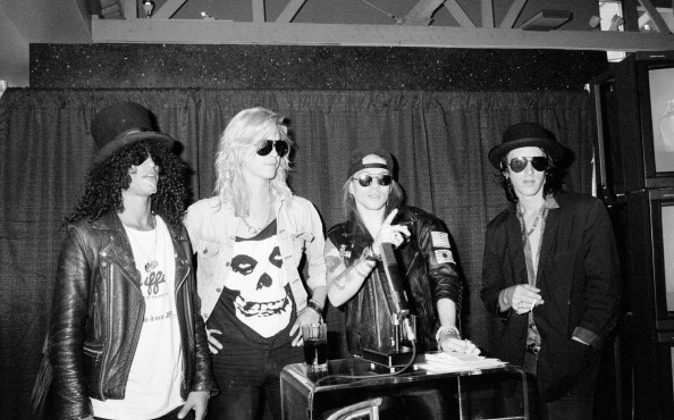 Guns N’ Roses has added more show dates to its already packed calendar, with the band’s newly announced “Not In This Lifetime” Tour, scheduled to kick off on June 23.

The group that consists of Axl Rose, Slash, and Duff McKagan will first complete a busy April before they open at the Ford Field in Detroit, Mich.

Fans on the band’s Facebook page are appreciating the irony in the tour name: “Not in this Lifetime.”

Last year, Axl was asked if he, Slash, and the crew would ever get back together for a tour. Axl’s answer: “Not in this lifetime.”

See the video of him being asked here:

The Rock ‘n’ Roll Hall of Famers will perform two nights in Las Vegas on April 8 and April 9. They will then perform again back-to-back nights on April 19 and April 20 in Mexico City. If that’s not enough, the group will take the stage at the Coachella Valley Music and Artists Festival in California on both weekends, April 16 and April 23.

The last show will be on August 22 at the Qualcomm Stadium in San Diego.

‘Not In This Lifetime’ Tour dates are listed below:

General public tickets are on sale April 8 at Ticketmaster.