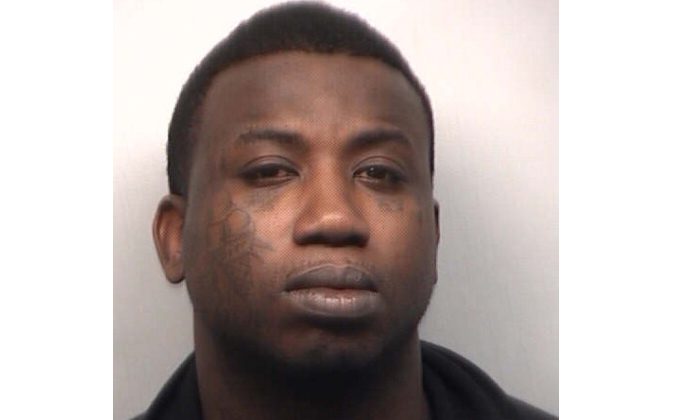 Gucci Mane ‘Escapes Prison After Being Sentenced to Serve 3 Years; City Wide Search Being Carried Out’ is Fake

Gucci Mane did not escape from prison after receiving a three-year sentence.

An article published on fake news website Huzlers.com is saying that he did, however.

“After rapper Gucci Mane pled guilty on Tuesday for federal firearm charges, It has been reported that the rapper has somehow broke out of jail. Atlanta police are currently running a city wide search for the escaped rapper. Gucci Mane, 33, who’s real name is Radric Davis, was sentenced to serve a 3 year prison term tuesday (sic),” it reads.

According to a disclaimer on the website, Huzlers.com isn’t real.

“Huzlers.com is a combination of real shocking news and satire news to keep its visitors in a state of disbelief,” it says.

Gucci Mane pleaded guilty on federal firearms charges, and he was sentenced to 39 months in prison.

According to CNN, he was facing as many as 20 years behind bars but he and prosecutors came to a deal in which he entered a guilty plea.

Atlantic Records also reportedly dropped him from the label.

“On September 12, 2013, Davis, who was a felon at the time, was found in possession of a firearm,” said federal prosecutor’s news release, CNN reported. “Then, just two days later, on September 14th, he again possessed a firearm different from the earlier gun. On both occasions, Davis displayed the loaded firearm, acted erratically, and made threats to individuals, including police and his attorney.”