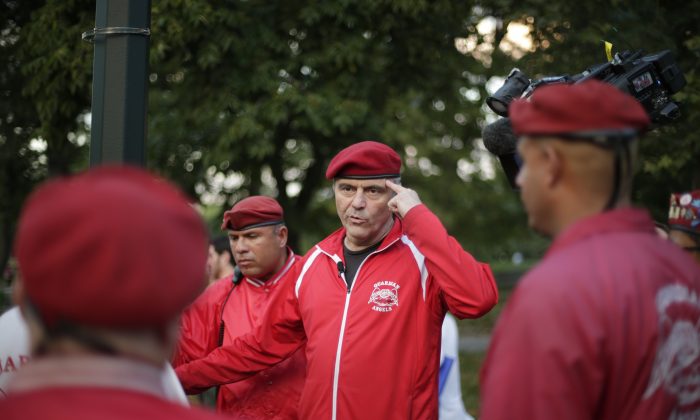 The famed Guardian Angels are back on patrol in the New York City subway system after the latest attack in a slashing spree.

A 27-year-old man was rushed to the hospital early Sunday morning after getting slashed in the face at the Central Park North station, reported CBS.

Later on the same day, a man’s hand was sliced during a mugging on the C train.

Those were the fourth and fifth attacks in a week, with at least one other happening recently.

Subway riders said they were getting concerned.

On the Beat With NYC’s Guardian Angels
Related Coverage

In an effort to protect New Yorkers, the Guardian Angels have resumed their day-and-night patrols on the subway for the first time since 1994.

“Riders are coming up and asking us: ‘Please, you’ve got to come back in force,’ ” group founder Curtis Sliwa told The Post. “I think it’s become obvious that the police need help, the MTA needs help. They can’t handle it.”

Following the slashing attacks, the Angels have resumed the round the clock subway patrols for the first time in decades.

“We made a commitment, we re-upped our patrols on the subways both during the day and at night because of this incredible number of slashings that’s been taking place,” Sliwa told WABC.

The Guardian Angels are back! New York crime-fighting gang head back on subway patrols for the first… https://t.co/4NFPDO20Qs #DailyMail

Officials acknowledged people have a right to worry.

“New Yorkers have a right to be alarmed or concerned, particularly those riding the subways,” Police Commissioner Bill Bratton said in a radio interview Sunday, before adding that there is “no indication this was a pattern.”

But the NYPD told the Daily Beast that the police presence has been ramped up.

“The NYPD has increased the police presence in the transit system,” NYPD spokesman John Grimpel said.