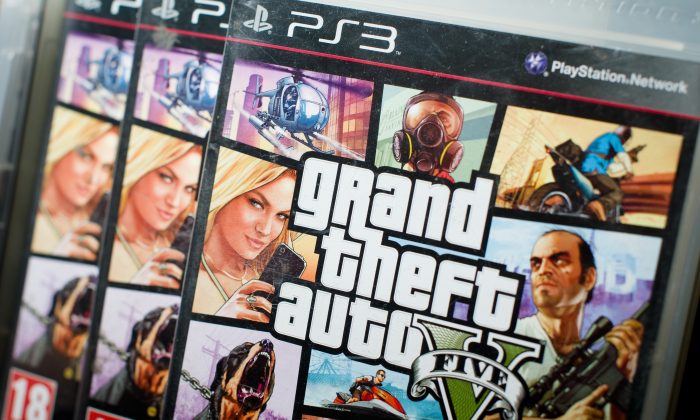 GTA 5 Heists--the belated DLC that's been promised for nearly a year--could be coming soon. Grand Theft Auto V, coming for the PC, PS4, and Xbox One in the fall, will finally allow users to use mods for the PC. The console game “Grand Theft Auto V” at a HMV music store in London, England, Sept. 17. (LEON NEAL/AFP/Getty Images)
Autos

“Grand Theft Auto V” was announced for the Xbox One, PlayStation 4, and PC more than a week ago–a year after it was released.

According to a report this week, it won’t be the exact same game, with Rockstar giving a few hints.

Rockstar said it will provide more depth, including better detail and atmospheric effects than the Xbox 360 and PS3 versions.

“The biggest, most dynamic and most diverse open world ever created and now packed with layers of new detail, Grand Theft Auto V blends storytelling and gameplay in new ways as players repeatedly jump in and out of the lives of the game’s three lead characters, playing all sides of the game’s interwoven story,” the firm said.

And according to “Metal Gear Solid” director Hideo Kojima, the visuals for “Grand Theft Auto V” on the PS4 appear to be impressive.

“What Rockstar has created and the world they have created is super impressive, and actually when I saw the PS4 version a few days ago I got depressed again. And this is not game design-related, it’s just me. The quality that they showed in the PS4 trailer was really impressive,” he told CVG.