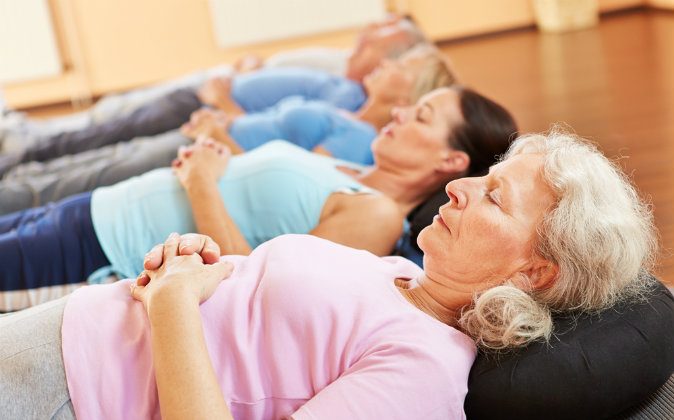 A file photo of people laying together with their eyes closed. (Shutterstock*)
Beyond Science

“The discovery that you and a friend have awakened from the same dream might seem incredible,” said parapsychologist James Donahoe in 1975 in an interview with Psychic Magazine. “But my own study of such events, mutual dreams, suggests they may be more common than people realize.”

Not only have people reported experiencing the same surroundings and circumstances in dreams, but they have also claimed to have interacted with each other in dreams.

Twins may be especially prone to sharing dreams. Dr. Patrick McNamara, an associate professor of neurology at Boston University School of Medicine and the author of numerous books and articles on the science of dreams, commented in a blog post on cases of twins sharing dreams. He cited the following two examples from Susan Kohl’s book on twins.

1. “We were walking through this primeval forest. Giant pterodactyls scooped Rick and me up; we were screaming. I could see Rick in the jaws of the pterodactyl,” one of the twins reported. That twin told the other about the dream: “Then I looked over at Rick at the breakfast table and he had a pale look on his face. He had had that same dream a couple of nights ago.”

2. “On this particular night I fell asleep in my older sister’s bed and Sarah [my twin] fell asleep in my mom’s bed downstairs. When my older sister, Carrie, got home, I woke up to find her standing over me and laughing. She told me that I was dreaming, but I was actually in that state between sleep and consciousness. I was frantically looking for the ‘papers’ that I needed. While I was laughing with her I still knew the importance of finding those papers. When mom woke Sarah up that same night she had been having the exact same dream, and they encountered exactly the same experience with the ‘papers.’”

McNamara commented: “These kinds of dream phenomena are not unusual for twins. If you speak to virtually any pair of twins about this sort of thing they will often recount similarly amazing stories.”

He said he doesn’t know of any studies on the subject, and he is surprised it is not a more popular topic of research. Some of the twins who have reported such experiences live great distances apart and could not have had similar dreams due to having similar waking experiences preceding the dreams, he said.

Friends See Each Other in Dreams

At the University of Pittsburgh, students in a statistics class were asked to give accounts of the most outstanding coincidences in their lives. One student reported a shared dream: “I had a coincidence a couple months ago with a friend of mine. I woke up one morning after having a strange dream, and when I went to tell her about it, she said she had had almost the exact same dream. In my dream, I entered a dark room, turned on a single light, and saw my friend sitting in a chair looking at me. In my friend’s dream, she was sitting in a dark room on a chair and saw me come into the room and turn on the light. My friend and I had almost the same exact dream but from our individual perspectives. That was the oddest coincidence I’ve ever experienced.”

Reddit user Akeleie described a similarly simple dream that he appears to have shared with another: “Back in college, I once dreamt that I was standing in my house looking into the woods and that my classmate was standing there looking at me. Next day at college, he came over to me and told me about this dream he had.

“He dreamt that he was standing in the woods looking into a house and saw me through the window looking back.

“I didn’t tell anyone about the dream before he told me about his; I didn’t find the dream [at all] special until I realized we had dreamt the same.”

An initiative called The Lucidity Project experimented with group dreaming in the 1980s. The members said they were able to achieve a certain level of communication in dreams. One of the members, Linda Magallón, recounts some dreams in an article titled “Mutual Lucid Dreaming.”

For example, she thought she spotted fellow Project member Eric Snyder in her dream one night. But, at the same time he looked like her brother Ken, and when she talked to him, he mumbled that his name was Jeremy Taylor.

When she received the accounts of everyone else’s dreams from that particular night, she saw what Snyder reported. He said he interacted in his dream that night with Magallón and two other members of the group. Magallón was previously unfamiliar with these two other members, though Snyder knew them. Their names were Ken Kelzer and Jeremy Taylor.

Is Dreaming a Primitive Language We Can Learn?

The idea of dream telepathy dates back to Democritus (460-370 B.C.), wrote psychiatrists Montague Ullman and Jon Tolaas, in the paper “Extrasensory Communication and Dreams.”

They explain that many cultures have long taken it for granted that people have telepathic powers in dreams. They also state that famed psychologist Sigmund Freud “suggested that telep­athy might be a kind of prototypic language, a language before language.”

“So-­called primitive peoples may have preserved some of this archaic means of communication,” they wrote.

Stephen LaBerge, Ph.D., expresses a similar idea in a 1990 paper published by the American Psychological Association. LaBerge studied lucid dreaming (when dreamers are aware that they are dreaming and even able to control their dreams).

He wrote: “[We can compare] lucid dreaming with another cognitive skill—language. All normal adults speak and understand at least one language. But how many would do so if they were never taught? Unfortunately, in this culture, with few exceptions, we are not taught to dream.”

*Image of group lying with eyes closed via Shutterstock