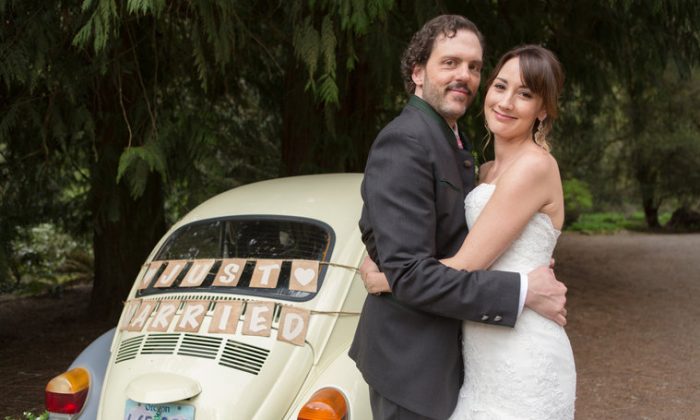 Grimm on NBC has been renewed for a season 4.

The show will have changed after the season 3 finale, which features the wedding of Rosalee and Monroe but also includes a lot of chaos.

Bree Turner (Rosalee) added: “This is the biggest episode we’ve shot. It’s so major what we’re trying to accomplish… and things [happen] that absolutely trump this wedding day.”

David Giuntoli (Nick) said in a preview that multiple characters “are in peril” as “horrible events” take place.

He said that he doesn’t know what to expect for season 4 but “would like one of us to go to the dark side, to become evil or switch teams.”

Co-creator David Greenwalt said that there’s “doozies of cliffhangers that should be even more exciting than previous years.”

He gave a few hints to TVLine–at least one character is going to get hurt, problems arise for Nick and Juliette, and “something kind of like a resurrection.”

As for a projected premiere date for season 4, NBC hasn’t announced that yet–although the show will stay in the same timeslot.

Two of the three seasons so far have premiered in late October and the next season is slated to premiere in October as well. It could premiere on October 24, or even on Halloween on October 31.