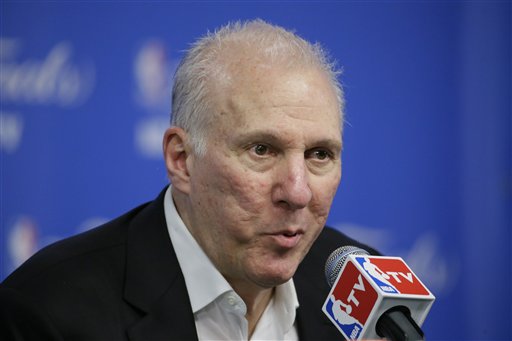 The San Antonio Spurs announced on Wednesday that the team has come to terms with a multi-year contract extension with coach Gregg Popovich.

Popovich, the longtime Spurs coach, led San Antonio to its fifth title since 1996 last season. The Spurs beat the Miami Heat in five games, possibly prompting LeBron James and other stars to leave that team.

See an AP update below.

Gregg Popovich has agreed to a multi-year extension with the San Antonio Spurs.

The Spurs made the announcement on Tuesday. The team did not announce the terms of the deal in a two-sentence news release.

With Tim Duncan, Boris Diaw and the rest of the key elements of a team that won the franchise’s fifthNBA title all set to return next season, it was no surprise that Popovich has signed on for a few more years. He is 1,116-533 in his career, including the playoffs, and won his third coach of the year trophy this season after leading the Spurs to an NBA-best 62 wins in the regular season.

He is one of three coaches to be named coach of the year three times.