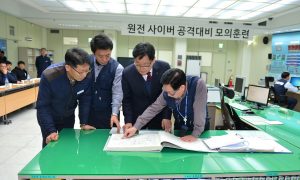 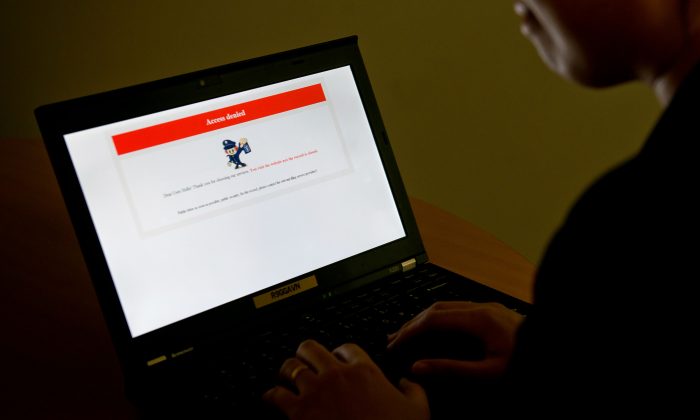 A laptop screen shows an "Access Denied" message on a blocked website in Beijing on January 4, 2013. Internet freedom organization GreatFire announced on March 19 their services are being hit by cyberattacks aimed to take them offline. (STF/AFP/Getty Images)
China

A Chinese Internet freedom organization, GreatFire, is being hit with large-scale cyberattacks in what they believe is retaliation for challenging the Chinese Communist Party’s revived censorship campaign.

GreatFire allows Internet users in China to bypass the Party’s online censorship. They create mirror versions of websites blocked in China, which allows users to view and use services otherwise unavailable such as China Digital Times and Google.

“We don’t know who is behind this attack. However, the attack coincides with increased pressure on our organization over the last few months,” says a statement on the GreatFire website.

The Chinese regime’s Cyberspace Administration of China recently labeled them “an anti-China website” and accused them of being set up by “an overseas anti-China organization.” The Chinese Communist Party often labels groups that criticize it for censorship and human rights abuses as being “anti-China.”

They state the Cyberspace Administration of China has also been pressuring GreatFire’s partners to stop working with them, and an unknown actor tried intercepting their encrypted email.

The bad news of course is that in order to prevent us from delivering uncensored information into China, the only choice they have left is to launch DDoS attacks.
— Charlie Smith

They were also recently featured in a Wall Street Journal story, and last week Reporters Without Borders used their method (which they make freely available) to unblock nine websites around the world.

GreatFire announced on March 19 that their web pages, including their mirrors, were being hit with a distributed denial of service (DDoS) attack, which can take websites offline by overloading them.

Charlie Smith (a pseudonym) of GreatFire told Epoch Times in an email that while the attack is causing trouble, from another perspective, if the attacks are being launched by the Chinese regime to stop their service,  “I believe that this attack shows that our strategy of collateral freedom is working.”

“Sounds kinda crazy, I know,” Smith said, adding that “The bad news of course is that in order to prevent us from delivering uncensored information into China, the only choice they have left is to launch DDoS attacks.”

The attacks started on March 17. Their sites were receiving 2.6 billion requests from spoof traffic each hour, which is close to 2,500 times their usual levels.

“This kind of attack is aggressive and is an exhibition of censorship by brute force. Attackers resort to tactics like this when they are left with no other options,” they state.

They add, “We are not equipped to handle a DDoS attack of this magnitude and we need help.”

Due to traffic costs, the attack is costing them $30,000 a day. “Amazon, which is the service we are using, has not yet confirmed whether they will forgo this,” they state. “If they do not forgo this, this will put a significant squeeze on our operations.”

GreatFire is asking Amazon for help, and to stand “on the side of freedom of speech.” They are asking supporters to “tell Amazon that you think that freedom of speech is an important issue” and to remind Amazon that as a leading Internet company, they play “important role in access to information.”

Smith said GreatFire has been in contact with their account manager at Amazon, who he notes “has been extremely helpful in trying to help us find a solution.”