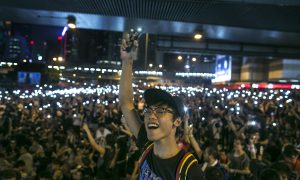 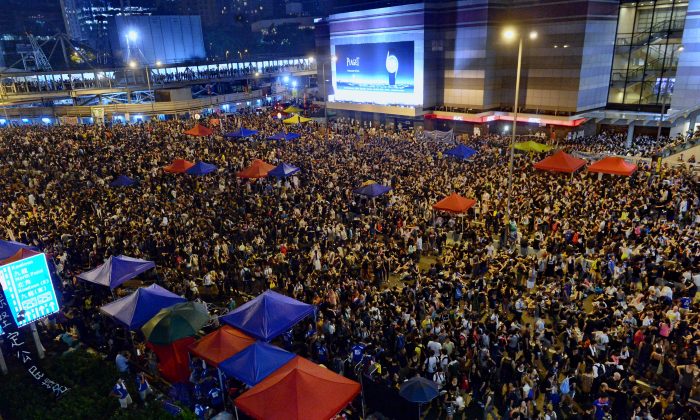 From 1997, when Hong Kong was officially “returned” to China after Britain’s long lease, the tiny island was bound to remain something of an anomaly.

The difference is palpable the moment you travel from mainland China through the passport checkpoint. In Hong Kong, most people speak in English, they drive (reasonably well) on the left, and they don’t stare at foreigners. There’s even a Disneyland. On the mainland, none of these things apply.

And similarly, as has been proved in recent days, Hong Kong is a place where tens of thousands of protesters can gather on the streets for days, in full view of the world’s media, and force the Chinese government to respond to their demands.

So far, by Chinese standards, the mainland’s reaction to the protests has been relatively patient and restrained: After some clashes where pepper spray and tear gas were used, protesters have been asked to disperse quietly, and riot police have been withdrawn.

Mainland China knows it cannot afford to allow pro-democracy protests to gather steam in the far reaches of its empire. It has a history of ruthlessly crushing any such events, not least in Beijing in 1989—and it has ample means at its disposal to stop word of any unrest from spreading in the first place.

Nothing to See Here

China has developed remarkably effective tools for ensuring that potentially destabilizing events can be simply kept off the computer screens and televisions of its massive population. The Chinese state invests huge amounts of money every year to ensure this massive machinery works.

Very little detailed news of the disturbance in Hong Kong at present will be making it onto the nightly news bulletins or even into public consciousness on the mainland. If a news story, even on the BBC or CNN, sails too close to the outright promotion of democracy, it is merely and abruptly switched off. This is a perennial annoyance both for expat residents and for Chinese citizens trying to keep abreast of international affairs: a blank screen, sometimes repeatedly and for long periods.

With broadcasting still a state monopoly in China and the political content carefully controlled for all print and online publications, news of Hong Kong’s unhappiness is unlikely to have troubled anyone in the mainland over their breakfast. Even on the flights into mainland China from Hong Kong, newspapers and magazines are routinely gathered up by cabin staff to avoid contamination of mainland minds and passengers are warned against concealing illicit news products.

Every source of news is carefully monitored and managed. An army of state employees monitors Internet chat rooms and news sites, removing any contributions that might work against the Chinese state and its policies. Severe penalties are visited on citizens deemed to be stirring up dissatisfaction—and they can be easily tracked.

Of course, there are ways around China’s “Great Firewall”—the censorship system that blocks any discussion or mention of anything so unsavory as democracy. But these methods often cost money, usually foreign currency, putting it out of the reach of most of China’s population.

Still, mainland China knows the eyes of the world are upon it, even if its own citizens can’t see the rest of the world—putting it under tremendous pressure.

Beijing’s fear is that caving in to the demonstrations could be the first step on a slippery slope to Chinese dissolution; leniency might encourage similar demands for autonomy and rights in other parts of China—such as in Xinjiang in the far West, and in Tibet—and Beijing will simply not allow that. There is too much at stake for them personally, as well as for the entire post-Mao Chinese project.

Part of the context too is the population huddled across in Taipei. If Taiwan is reincorporated into China, as Beijing insists, how will pro-democracy protests be handled there? What happens in Hong Kong now will have a profound impact on attitudes toward Taiwan’s future.

For the time being, Beijing is apparently keeping its head down, just hoping all of this is going to go away. After all, it’s typhoon season; with a little luck, a storm will wash in from the China Sea and disperse the protesters naturally.

But the thousands of people who have spent the last few days in the streets of Hong Kong have shown their own determination to protect the rights promised to them back in 1997. They may not be moved by a mere tropical downpour. A dramatic face-off is still underway, and there is still no knowing where it might end.Adrian Hadland is a senior lecturer in communications, media, and culture at the University of Stirling in the U.K. This article previously published at TheConversation.com.