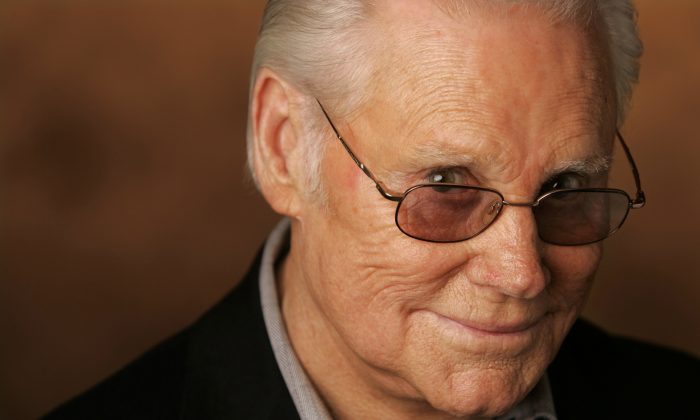 George Jones celebrated his 70th, 75th, and 80th birthdays at the Grand Ole Opry. It’s stage has presented many country music stars deeply influenced by Jones. Now, fans and family alike will gather at the Opry House to remember Jones, who died on April 26 at the age of 81.

A public funeral will be held May 2, said Jones’s publicist Kirt Webster. The family is asking fans to donate to the Grand Ole Opry trust fund or the Country Music Hall of Fame and Museum instead of sending flowers.

Jones was inducted into the Hall of Fame in 1992. A statement on the Grand Ole Opry’s website notes that Jones was fortunate to have seen the influence his legacy had on the genre before he died.

“Among the many, many Opry members who have cited George as a major career influence include Garth Brooks, Alan Jackson, Joe Diffie, Vince Gill, Lorrie Morgan, Brad Paisley, and Randy Travis, to name just a few,” reads the statement.

The Opry also names Jones, “the greatest country singer who ever lived.”

Jones charted more singles in his career than any artist, the Opry adds.

The singer, who dedicated his life to country music, will get his final farewell at a place hailed by Good Housekeeping magazine in 1954 as “The mecca of all country and Western music lovers.”

A statement from fellow country music star Alan Jackson posted on the Opry website reads: “While George was known for his wild and crazy days, I’ve known him for 25 years as a friend. He had grown into a real good man. Of course, he will always be the greatest singer and interpreter of real country music–there’ll never be another.”

Jackson quotes Jones’s song  “Who’s Gonna Fill Their Shoes”: “‘You know this old world is full of singers, but just a few are chosen to tear your heart out when they sing. Imagine life without them…Who’s gonna fill their shoes.’”