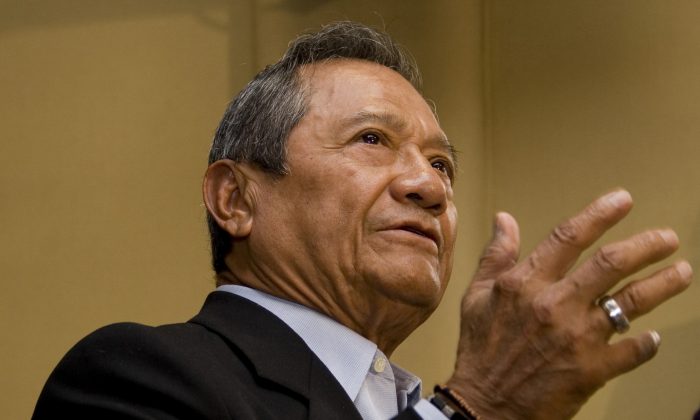 Armando Manzanero received a special award at the 2014 Grammy Awards, alongside the likes of The Beatles and The Isley Brothers.

Manzanero, a singer, songwriter, and pianist, has been contributing to Latin music for more than 50 years.

He has recorded more than 30 albums and composed more than 400 songs and is known for his smooth, romantic ballads.

He got a Special Merit Award from The Recording Academy alongside The Beatles, Clifton Chenier, Kris Kristofferson, and others.

The invitation-only ceremony was held on Saturday during Grammy Week and will be acknowledged during the Grammy Awards on Sunday night.

“It is a great privilege to recognize such an exceptional group of honorees and celebrate their accomplishments and contributions to the recording industry,” said Neil Portnow, President andCEO of The Recording Academy, in a statement. “This astoundingly unique and gifted group have created some of the most distinguished and influential work in our musical history. Their legacies are timeless and legendary, and their creativity will continue to influence and inspire future generations.”

The award goes to performers who have made contributions of outstanding artistic significance in the field of recording.

The academy’s board votes on who should receive the award.